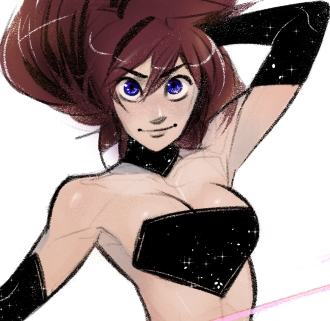 The galaxy's most popular outlaw (if you're into that sort of thing). Cassiopeia describes herself variously as a "procurement specialist," "irregular cargo transporter," "astro-navigatrix," "aerial speedster," "heistologist" [sic], and "space explorerizer" [sic]. Her likes include adventure, pantslessness, and her pal Zeke. Her dislikes include foods that are hard to eat in zero gravity.

Cassiopeia's mechanical partner Zeke is a tin man with a heart of gold, sure, but he's also something much more important: a cowboy. In space. In the future. Who's robotic! Eisner, please.

Captain Vrax is a talented young officer with a strong sense of propriety. She has a long and distinguished career ahead of her. You know, unless space piracy of some kind gets in the way.

An operations officer in the Prime Galactic Navy, Ison hails from a planet of peace, prosperity, and politeness where almost everyone is super nice. You ever see Demolition Man? 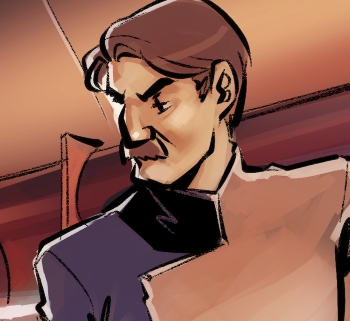 Mr. Farring has lived the life of a classic space adventurer, getting in exciting fights and dodging countless lasers. What's not obvious is that he has as much brain as brawn, and his actual specialty is as a science officer. 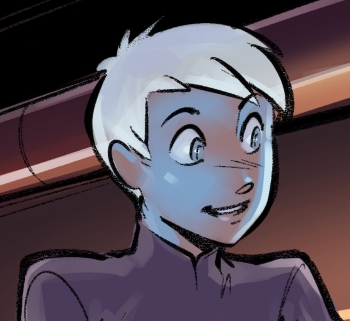 A tactical officer in the Prime Galactic Navy, "Kettlehead" is skilled beyond his years at manipulating computer systems - although he'd rather be gaming. 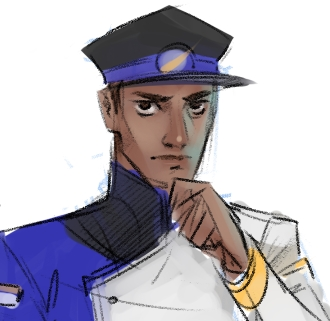 First officer of Vrax's ship. Does things by the book. Would prefer the crew become significantly less ragtag and eccentric. Will be disapointed. 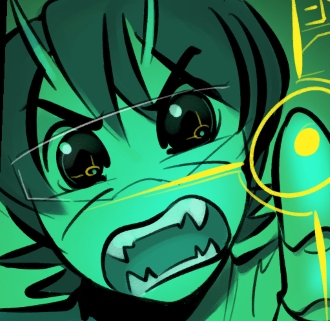 Lord Admiral of the Fourth Fleet and Duke of the Prime Galactic Regency. Toyn is an accomplished strategist who is widely known for exemplifying the aristocratic virtues of his society. Also, he keeps a well cared-for mustache. 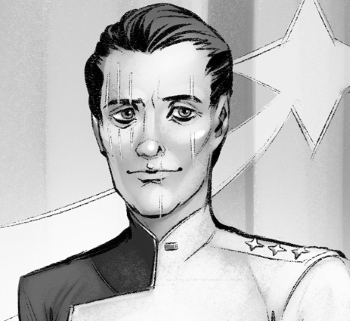 A Line Admiral (and Earl) of the Prime Galactic Navy who sponsored Maddy in officer's school. He has been winner of at least one Future Steve Buscemi look-alike contest. 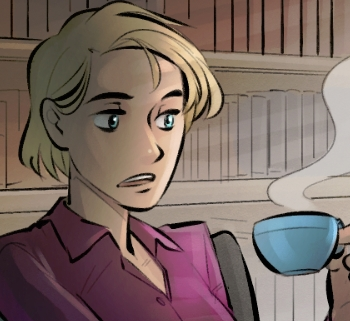 A captain in rank, though not in command of a ship. Resents Madison Vrax's success, given that Maddy's both younger than her and keeps failing to accomplish her primary objective. 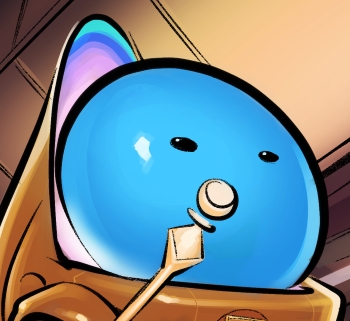 A Prince of the mighty House Poolg, the only one of the Five Houses of the Vanaa that has held sway over a world for centuries. He has poured himself into a leadership role of in major aid organization, against his family's wishes. 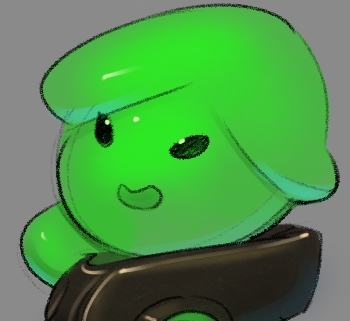 A systems operator in the Vanaa Aid Corps whose primary reason for joining up was to see the galaxy. She's young, clever, and outgoing. Plus she has a kicky "hairdo!" 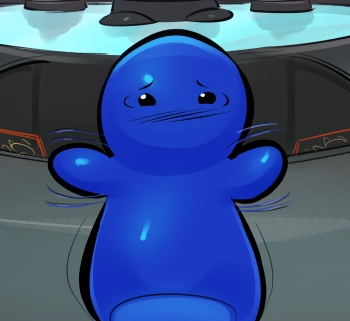 Skwidj is an engineer who, like all great starship engineers, needs to learn to operate under pressure. He's not great at it yet, but he's learning. 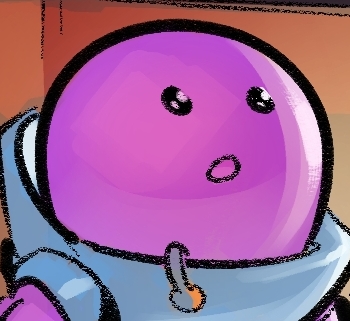 A Vanaa with a strong interest in "solid" culture, Nimoo has become fully accustomed to expressing himself by forming a mouth (unlike most Vanaa). 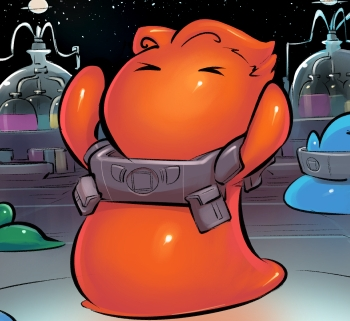 Kag is a skilled pilot vital to getting the Vanaa Aid Corps into and out of dangerous situations so that they can help people. You can tell. Why? Because he'll be the first one to let you know. 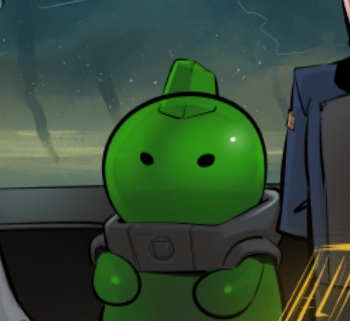 If Vanaa could be hard-headed, that would describe Kwah. He has trouble getting along with non-Vanaa - although to hear him tell it, they're the ones who cause trouble for him. 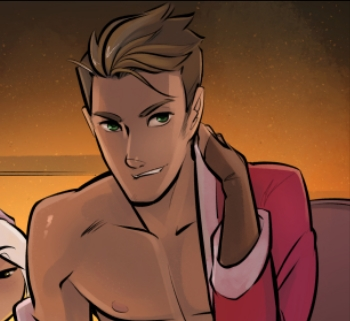 SMUG magazine's popularity tracker usually places Cassiopeia at #1 on their "Roguishly Charming Galactic Outlaws" list. However, their #1 "Scintillatingly Sexy Smuggler" is Captain Lefyne, and has been since the list's inception. Of course, anyone who's met him will learn that looks aren't everything. 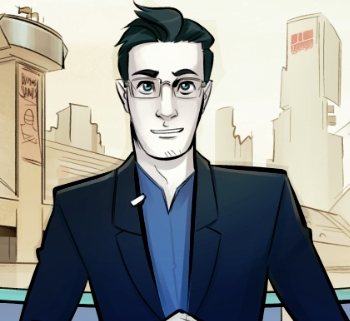 A staid sportscaster and newsman, who believes in being informative in his coverage. 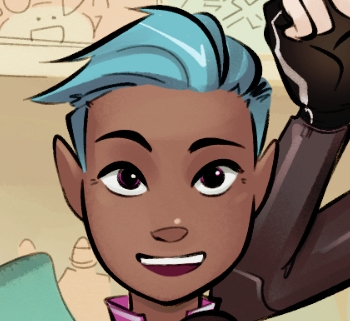 A former speeder-racing champion, this diminuative announcer's reactions to excitement are entertainment themselves! Well, that's what her professional bio says, anyway.

An enigmatic cyborg woman composed of bleeding-edge technology. She is renowned for her abilities in racing, fencing, and dance. She also seems to have an unexplained connection to another cast member...

A renegade cyborg academic who believes robots will ultimately dominate all life in the galaxy. Consequently, she wishes to dominate all robots! 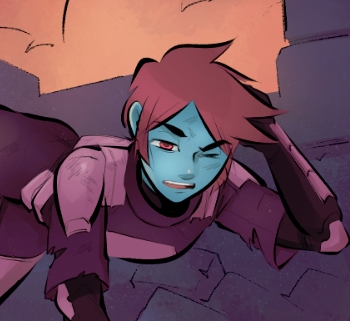 A bounty hunter who uses strictly non-lethal means. She had a high rate of success right up until she tangled with the Vanaa Aid Corps. She's desperate to get back on her employer's good side. 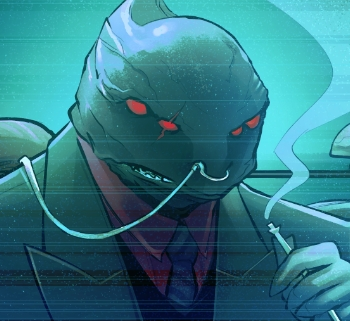 The chief of the extralegal bounty hunting clans. A powerful, clandestine force in the underworld - no one knows where he's based. No one even tries to guess what his goals are. 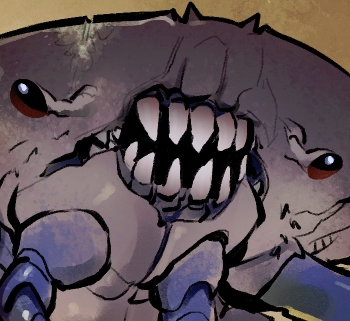 Nizka (the smart one), Ashley (the cute one), Nisa (the troublemaker), and Maks (the foodie). They don't have parents, but they're well cared for and loved, and are turning out to be good kids. Hmm... I think that's all of them...