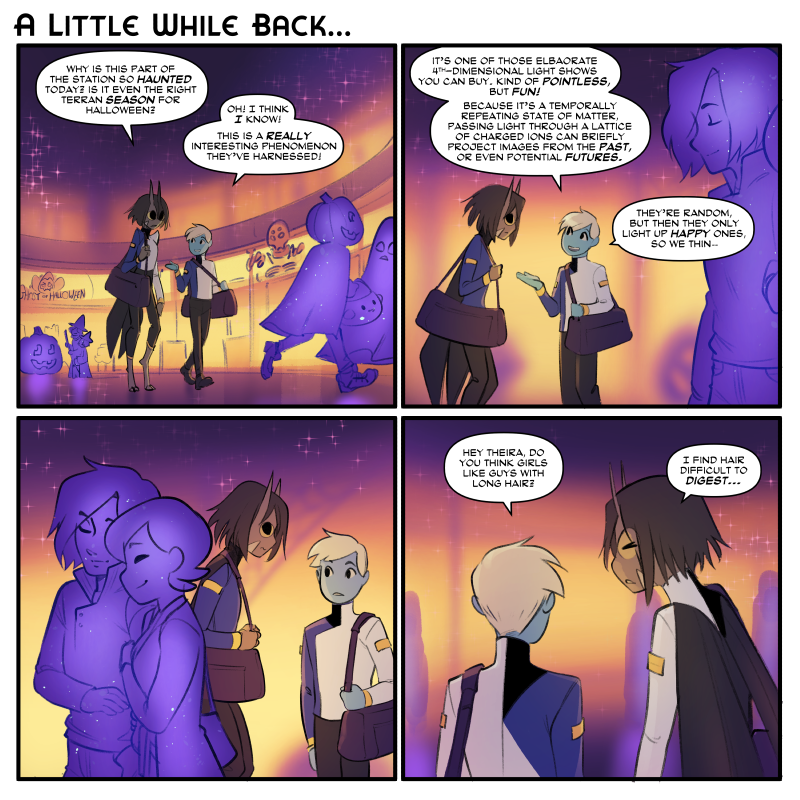 Hey, thanks to those of you who voted. Like, I mean, I don't have anything more complicated to say than that... it's an important process. Participation is good. Yeah.

Also, even though ghosts don't exist, don't default to being afraid of ghosts! They might just be snapshots of things from other times. Neat things. Like how the only way I've ever seen the Andromeda galaxy is really a picture of how it looked 2.537 million years ago, owing to the time it takes for its light to reach me. But that's a pretty cool thing to be haunted by, right? A trillion stars?