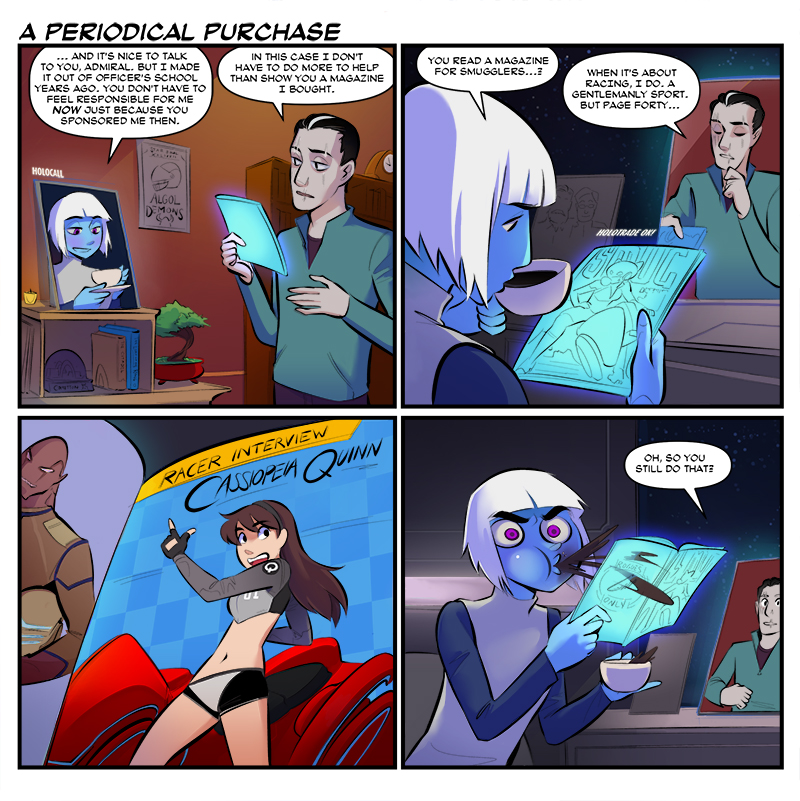 I hope Admiral Senchel's bonsai gets good indirect light. Putting it right next to where he gets his holocalls makes me wonder.

You know, it's probably hard to be the law in a galaxy so big that you're pursuing a criminal one place, only to chase 'em so far you find out they're a celebrity somewhere else... in fact, numerous somewhere elses...

Anyway, it just premiered this week, but I think I'm gonna recommend keeping an eye on Moonbeam City. We here at this sci-fi goofball comic sure like our visions of the future, and this one appears, at least to me, to be set in the future as envisioned by the 1980s. Which is fantastic! Anyway, the similarities to Archer are inescapable, but I think it had a better premiere episode overall. Give it a watch, it's free.

Sometimes you gotta wonder if Madison's better off just using a search engine to find out what Cassiopeia will be up to.

P.S., this isn't a return to black and white. This page will be updated with a color version in due time. Probably not that long. Probably!