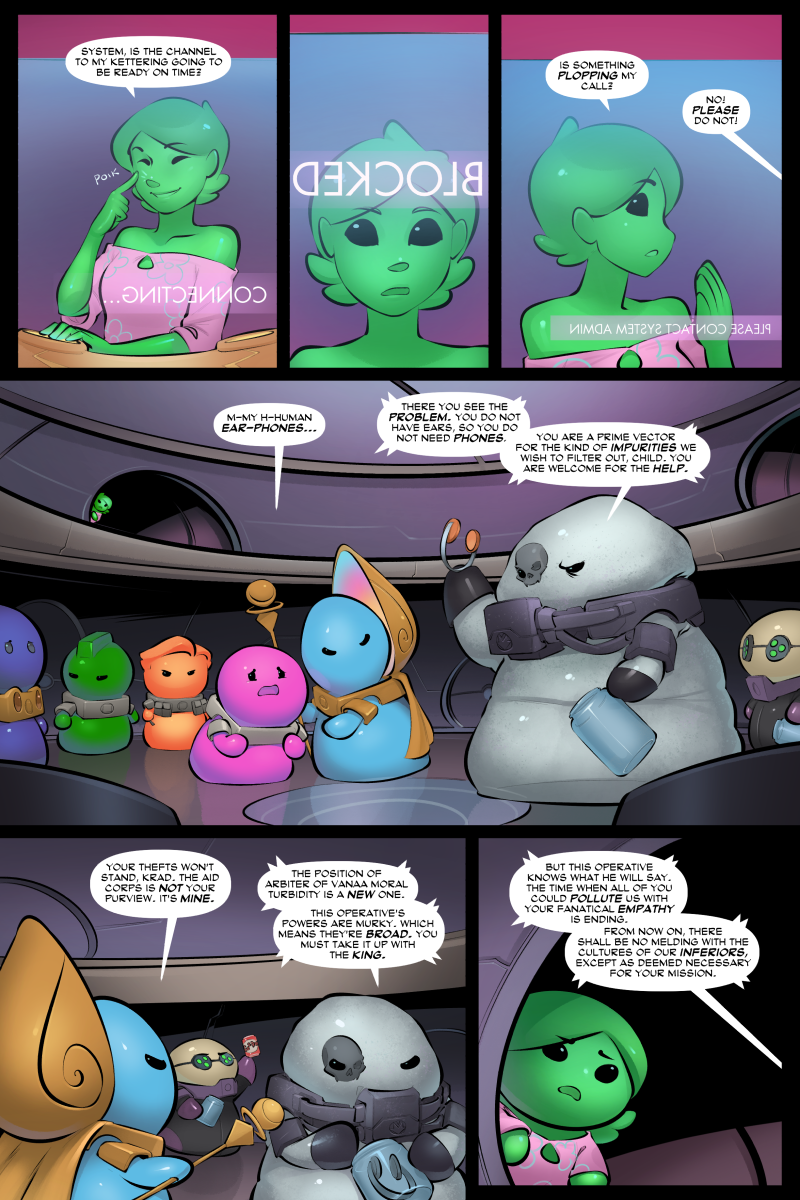 Some people expressed reservations to me about donating to the American Red Cross, so here's another helpful link for ya:

UNICEF donations for victims of hurricanes Irma and Maria (and the earthquake in Mexico).

Haven't done a webcomic recommendation in a while, so why not?

Sulfur and Salt has like, magic and technology and superpowers. I wish I had more of all those things, personally, in my own life... but having them in a webcomic is okay, too.

Sorry for being late guys. Been something close to depressed the whole week about it.

For the record, I'm pretty sure I gave Nimoo those headphones in a concept art sketch before Guardians of the Galaxy 1 came out. But they definitely became those iconic Walkman headphones after that movie.