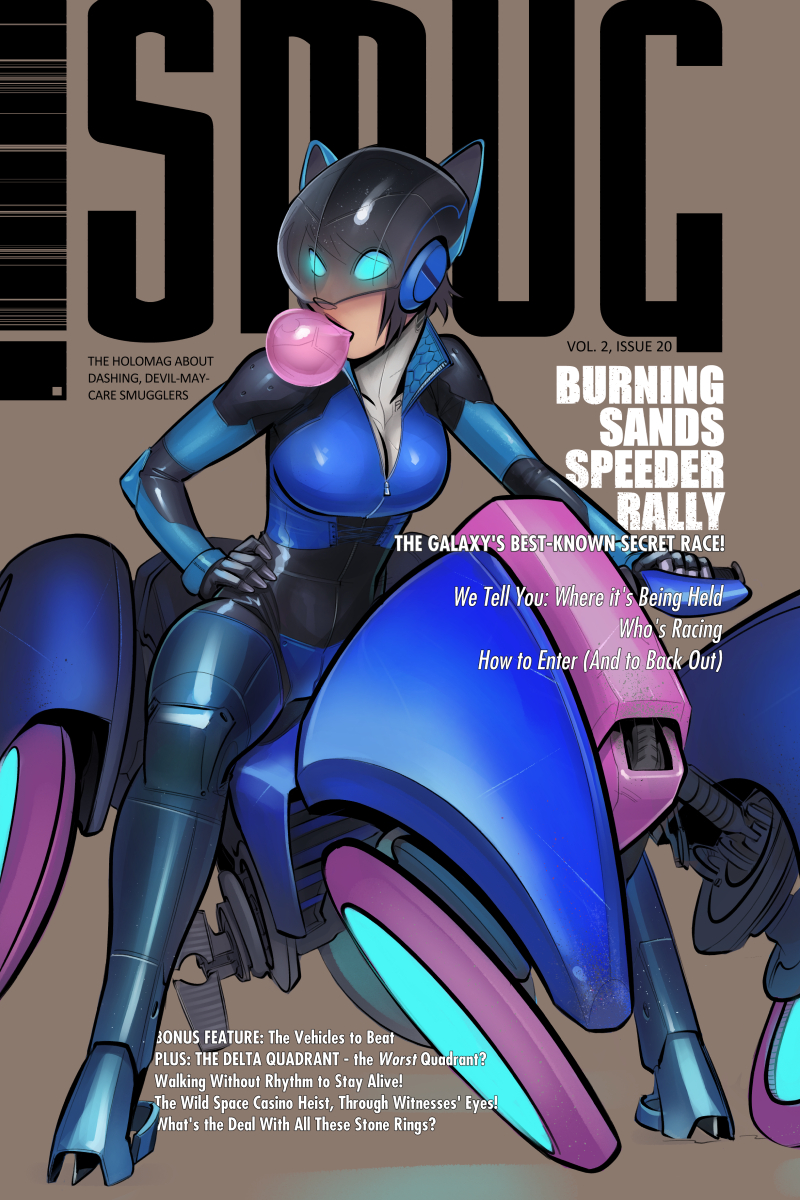 I wonder if bubblegum will actually keep its flavor for longer in the future? Because really, there's no economic incentive for the candy companies to do that. They want you to go through many pieces as fast as possible, so you have to buy more, right? Anyway, I'm not asking for an everlasting Wonka-style sweet, here. Just something that'll taste good for a whole ball game. Or race, for that matter! Stay tuned.

Uh, as long as we're talking speedy-bikin' comics, can anybody recommend me some good Ghost Rider comics where Danny Ketch is in the driver's seat?

Gunwild said draw (almost) whatever you want for the cover so a cyborg on a hover bike was what came out. Anyway, I think after seeing it, I'm still gonna change the bike's design and function a bit. And there's still some space for holo advertising on a digital skin paint job. We're not above paid product placement. Any takers?