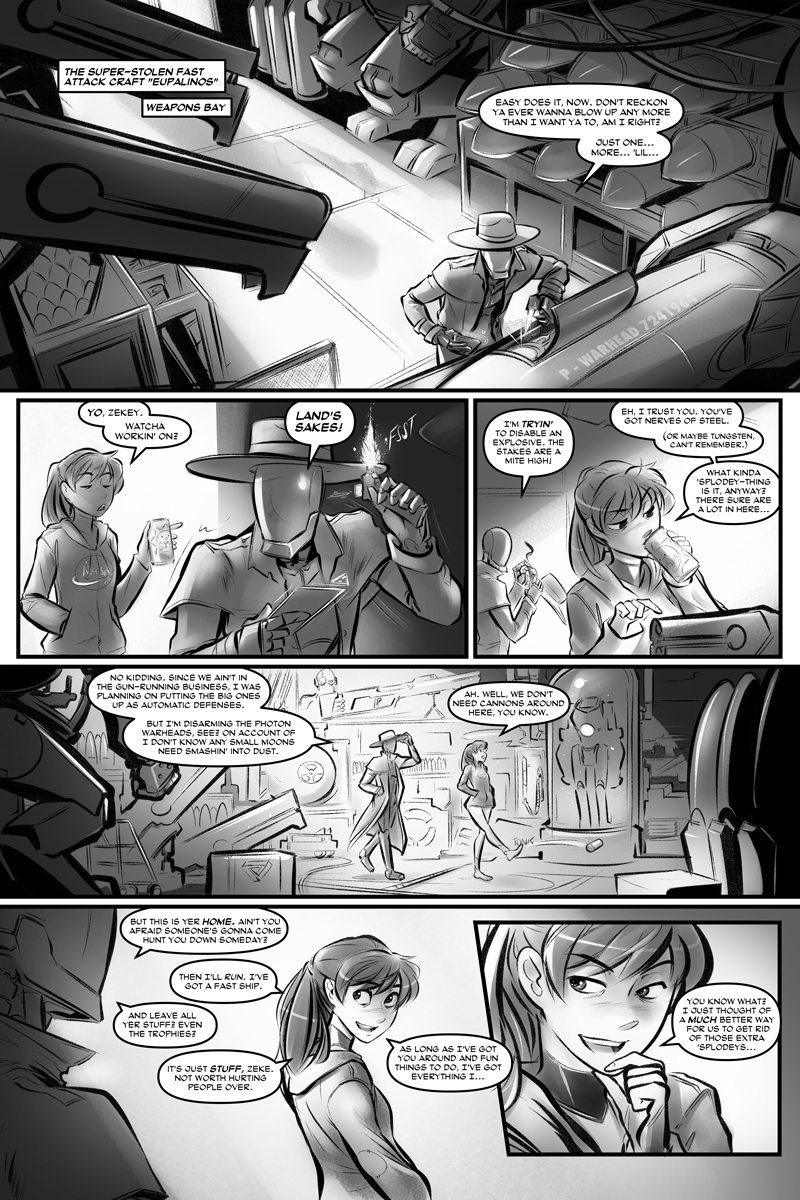 I freely admit that the original idea for this between-stories scene (it's a couple of pages in length) was Psu's. Like I've mentioned, even after we found out that there was a place for this comic with Hiveworks, my instinct was still to think of it in terms of self-contained "issues." No clever transitions! Boring all the way!

It's sure a good idea, though, because I know that if I were only a reader of the comic, at this point I'd think pretty much nothing nice about Cassiopeia (except that she sure looks neat in a spacesuit). I mean, obviously, she's still a thief... but it's useful to make her out to be a person, too.

This page also taught me that Psu has no problem drawing different outfits for Cassiopeia, which is good, because it means that we get to indulge in the character's passion for playing dress-up! Halloween special update HO!

I really really like the look of this page.