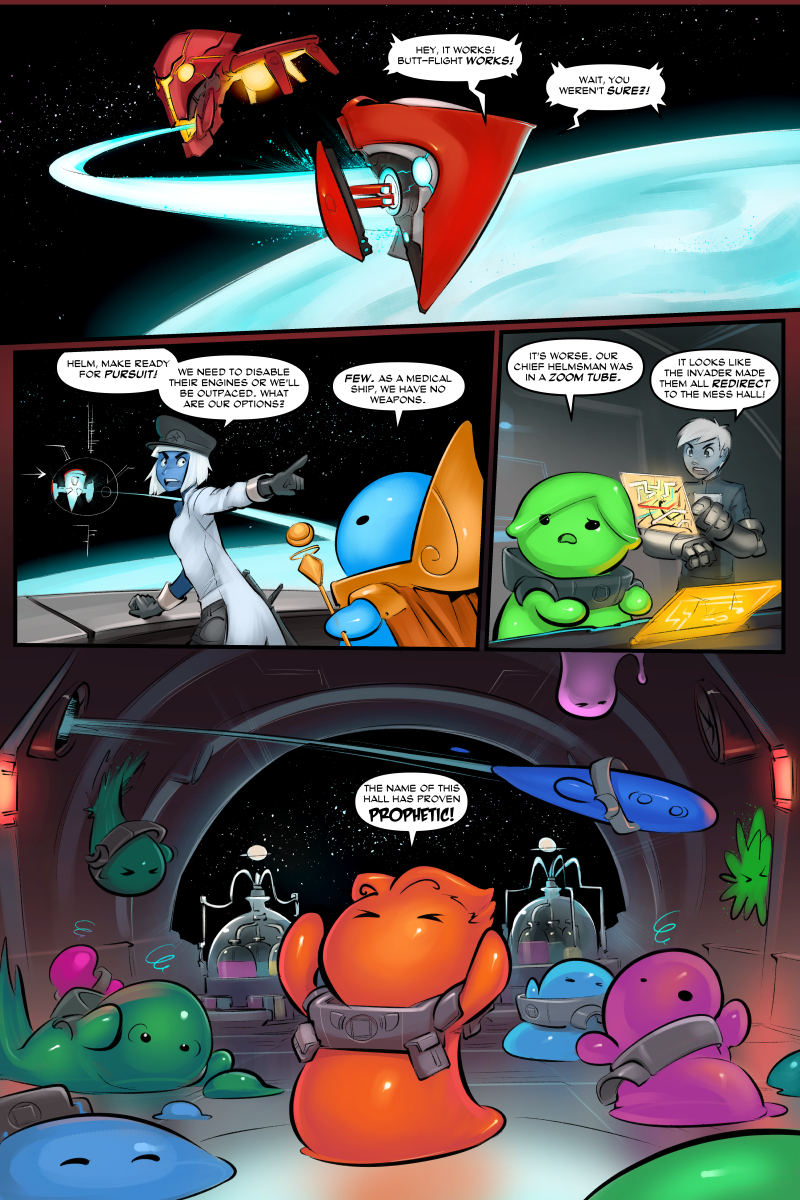 The last panel here was originally gonna also have a sign on a wall that said "MESS HALL" in English and a few alien languages (like French, for example), but Psu assured me that our audience was smart enough to get the joke without it being overdone like that. Mostly I had it there in the script because I'm not sure I'm quick enough to get it without help, but here we are all the same.

I'd also like to call out the good job that was done drawing the old Microsoft "3D Pipes" screensaver on Kettering's holo-display there, given that this is a 2D image.

This update I'm recommending looking at Risk Hunter K to our readers. It was hosted on the now-defuct Inkblazers network, but fortunately it's got a new home where you can find it.

Zeke has a sometimes malfunctioning heatsink that's tied to his cerebral cortex, it appears to act up during moments where normally his human heart rate would speed up or a characteristic flushing features. It creates a rather warm glow. A second layer of both invisible energy shielding and a "silver" outer plate prevent his heating elements from making his face burning hot to the touch. But should he remove those, his blushing could fry an egg.

Also, I lied about going back to black and white. At least for one page.