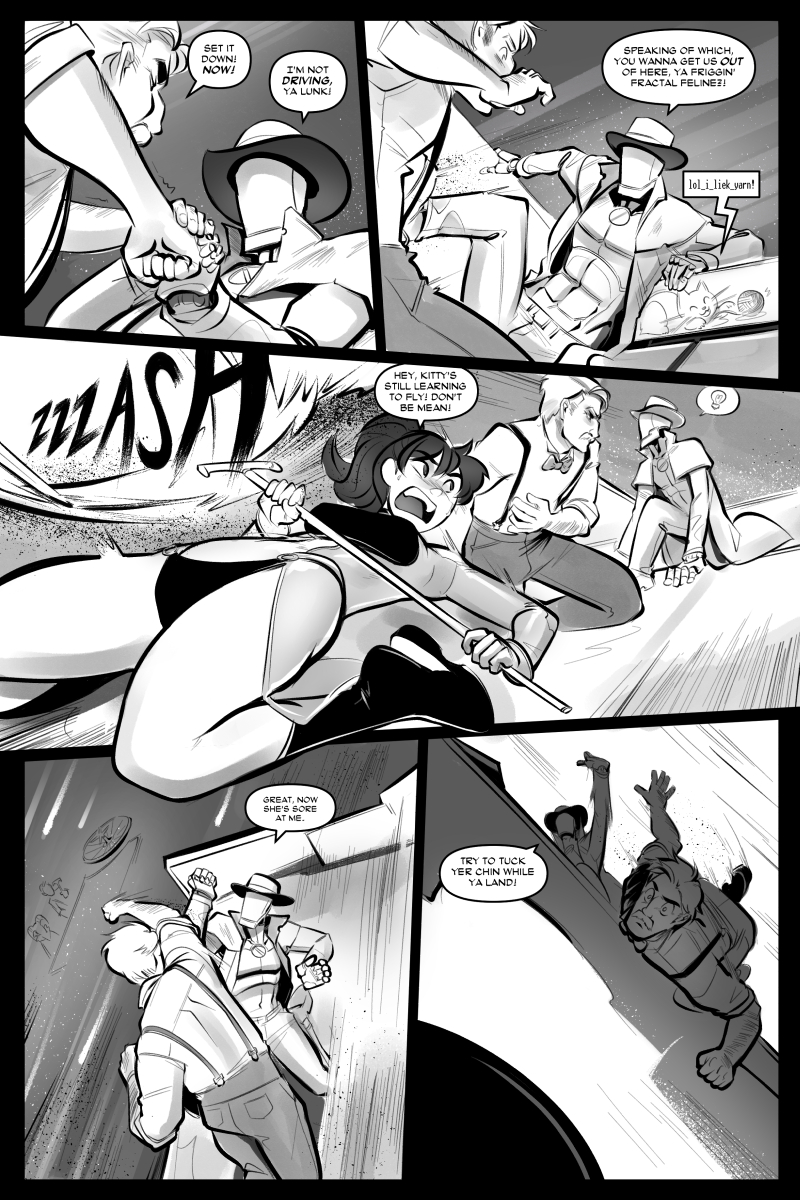 I got a new Lenovo laptop for my birthday. Hopefully I can NOT install Steam on it and use it to get work done!

One thing I could say about a Gunwild script that's different from most scripts I've recieved, is that Gun won't hesitate to think of something crazy. I can't quite remember who came up with a flying card table, or if that was just something that evolved from back and forths between us, but the shot of Cassiopeia and Maddy having a fight above a space casino was one of the FIRST things that we had for Cassiopeia Quinn. And sometimes I have to admit, yep. That's gonna be a crazy thing to draw.

But it's always fun, and always big, and always something that I'd love to see too. While sometimes I tell Gunwild that some things might not be possible. I'll do my best to translate some of the big crazy things he sends my way.

PS, go see Inside Out.