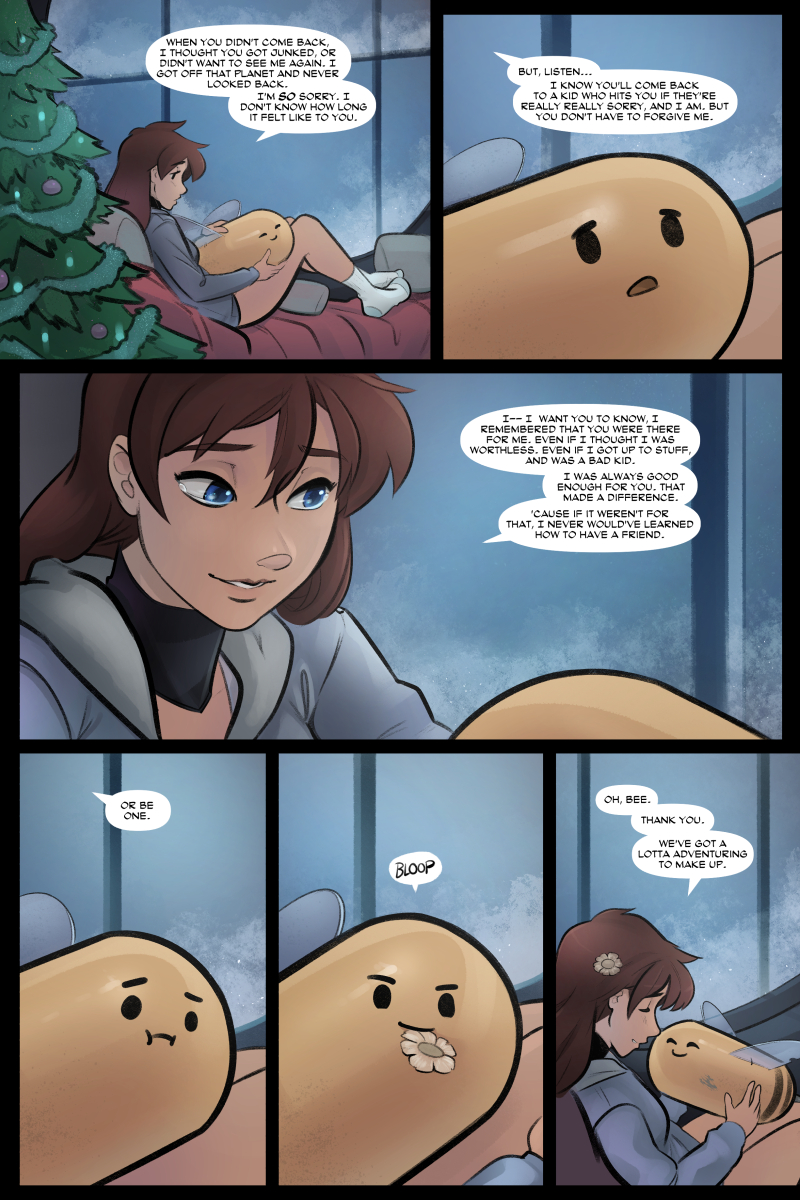 In case you missed it, we made a slight addition to the previous page that we like, adding in some extra words. Previously, they were only available for viewing on our Patreon.

Recent world events have gotten me angry enough that I decided I had to do something. I think I have an ethical obligation to help hungry, endangered, displaced children. You should help too, if you can.

To make use of the *excess* rage, I've also bought a new heavy bag. I'm a few years out of practice, so if anyone has excellent instructional videos they would like to link me as a refresher, they'd be welcome. I think I have a tendency to rise too much when I move already, so if I have the bag at the wrong height, I need to find out about it soon! I might not recall much about fighting, but I do remember that bad habits are easier to make than break. In sport as in life.

By the way, I'm still not sure what to say about the Apocalypse Now video game Kickstarter. But I do think people should be aware of it, because wow. It sure exists.

Sorry, I thought it was cute.

As a much younger Psu, I was once browsing the fantasy section of the cheap bus station newsstand books and came across a familiar edition of Lord of the Rings. I owned the same one, it has these great Alan Lee paintings for the covers. But next to it, under JRR Tolkien's name was another book that I never heard of before, called Roverandom. And I read a tiny bit about it in the intro, where it's said that when Tolkien's son lost a beloved toy lead dog on a trip to the beach, the boy was heartbroken. So Tolkien told him a the story of how the dog went on to have many adventures.

Unrelated to that, the creation of Beebot was inspired by my then 5-year-old niece. She asked for a robot butterfly that would give ribbons to all the boys and girls. I think I had to settle for getting her a storybook. A long time later, I was doing early design sketches and one was of a young Cassiopeia making a daring escape. I figured she needed some help, and what better way to make a quick getaway than flying with a robot bee (that is easy to draw.)

I'm glad when a bunch of silly ideas seem to come together and work out. It's pretty cool.