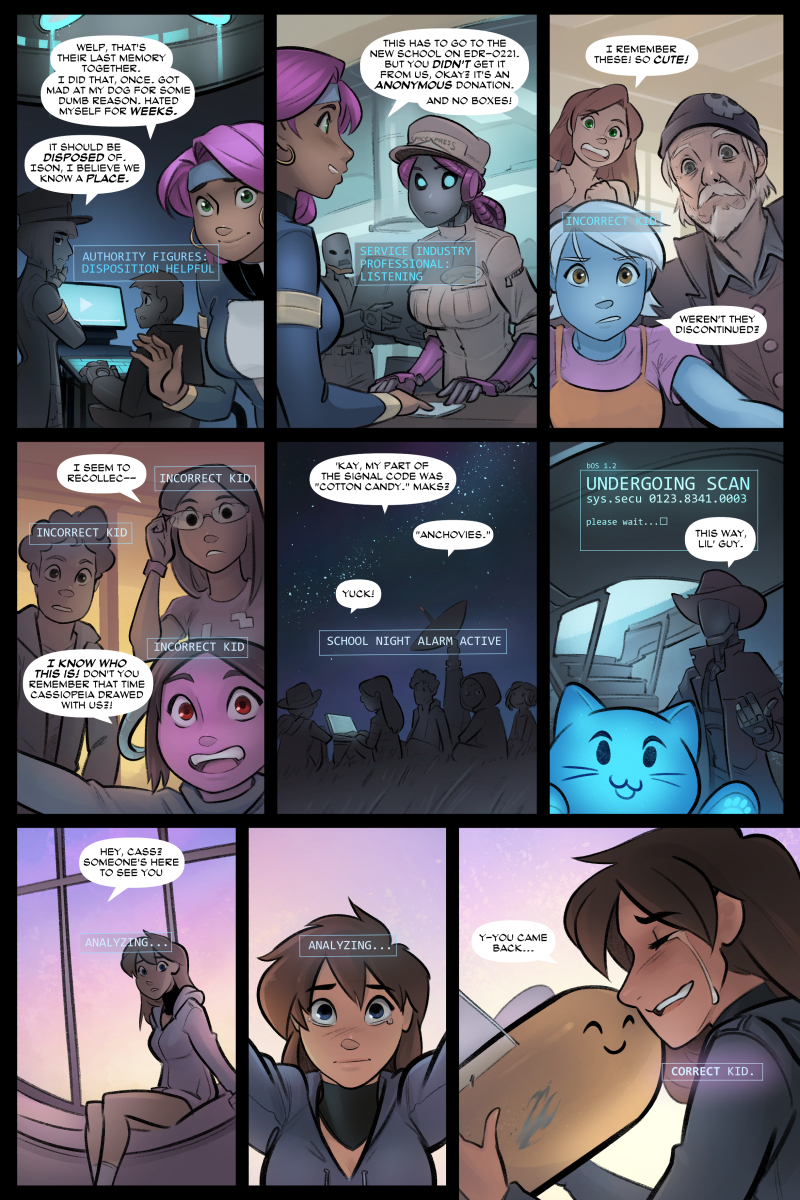 Here's an alternative version of the page with all the same dialogue, but the addition of Beebot's "internal monologue" of sorts. It was decided that there wasn't really room to fit it comfortably in the resolution we have on the website, but it's free on our Patreon!

I was surprised by how much I found myself enjoying Westworld. Well, not completely surprised, as obviously HBO original series tend to have a reputation for quality. But I was glad to see it had a bit more going on than a few of the lighter HBO offerings, like, say, True Blood. Definitely check it out!

Also, do the same for the new season of Voltron: Legendary Defender on Netflix, which I've been looking forward to for months and months. Y'know, to the point that we had that reference to it a few updates ago.

I've been saying this a lot. Sorry again for being late. I got myself pretty sick this past week and it slowed down progress on a number of things. Started off strong but just kinda broke down bodily right after that. At least the page is pretty good I think. I'll see you soon for the end of this little bee-utiful episode.

P.S.: Ultimately I decided it was better with the "Beebot" messages visible on the page. It better showed that the comic was from it's perspective. Doing a little bit of extra work, I think I fit the graphics on the page a little better. Sometimes we're really tight on deadlines and the idea for the Beebot messages was incredibly last minute. It took a week before I figured that they really fit the scene so reinserting them into the story feels like the right thing to do.