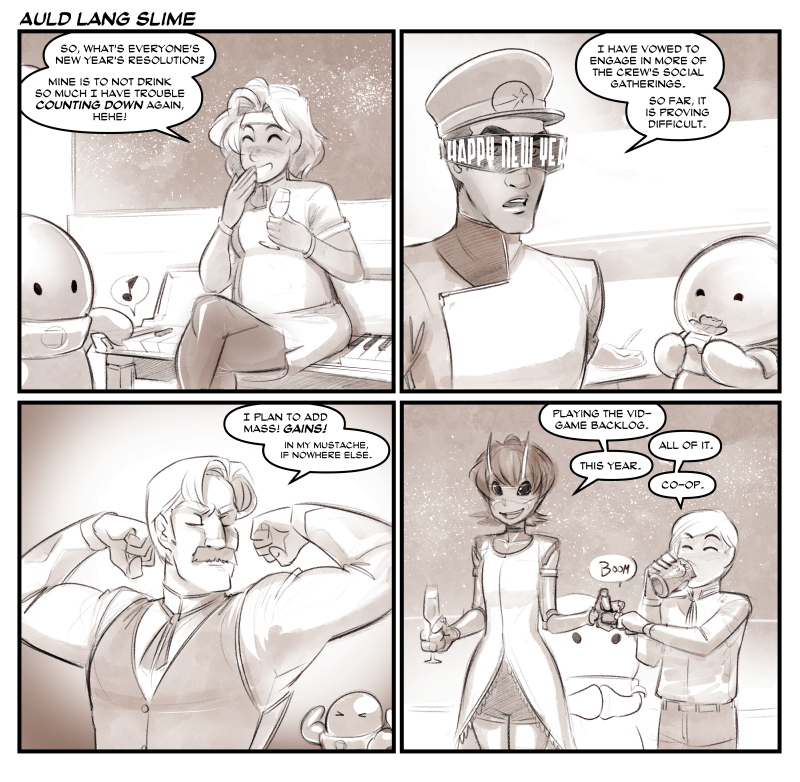 I'm very glad they worked out the misunderstanding from the last strip with the gingerbread men. Interstellar wars have been started over less!

We decided not to make a strip of it since we're already doing a lot of these jokey little holiday things in a row, but the idea was that Ison would also have made a gingerbread Vanaa with some leftover dough. The silliness of a solid Vanaa composed of grain proteins and rhizome would have been enough to let the Vanaa understand the "humor" of foods shaped like sentient beings and relax 'em about the whole idea.

Ehh, just imagine that happened between updates or something! And have a good New Year's, will you? At a party or alone or whatever, just try to look forward to things as the year gets going.

I'm 90% sure that dialog Gunwild wrote for the last panel is a decree that Gun and I finally play Far Cry and Assassin's Creed together. But only if I get to show him Destiny adventures.