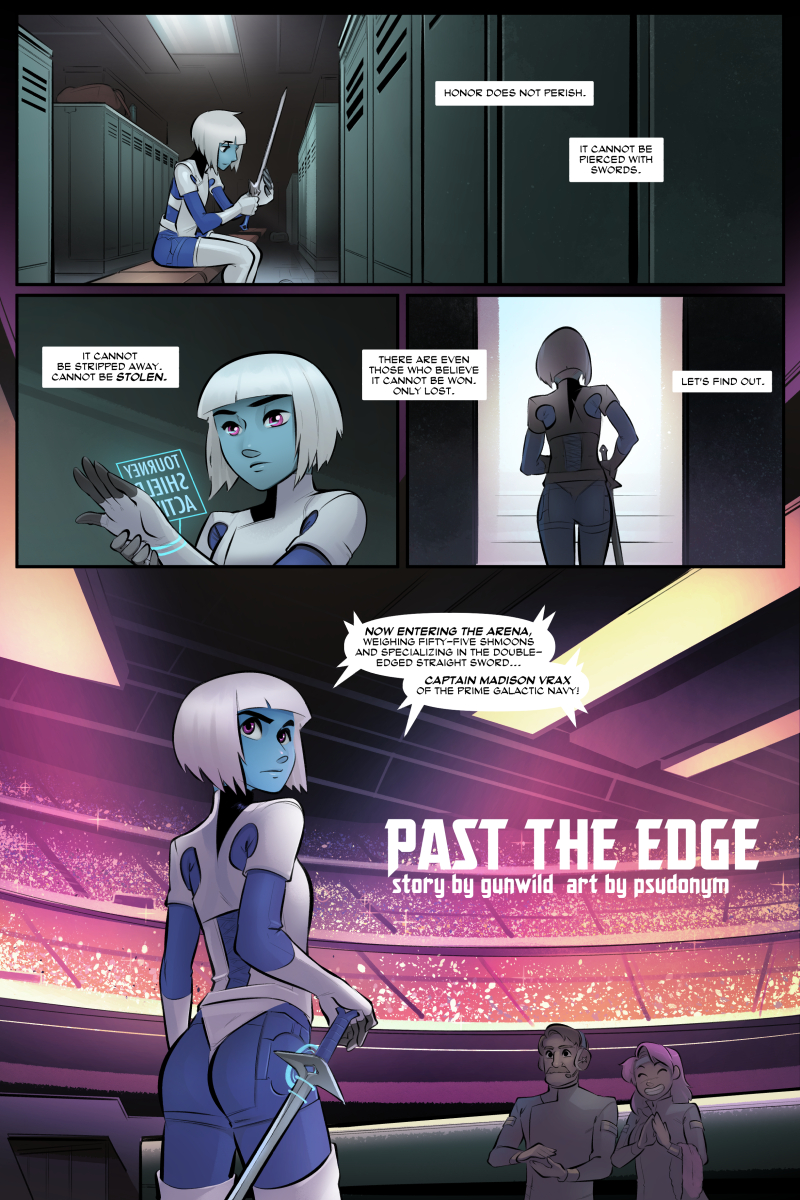 I really, really, really rarely buy new video games. It's cost-prohibitive, in my situation. But enough people were recommending Horizon: Zero Dawn to me that when I was able to get it at a helpful discount, I went for it.

I'm pretty glad I did. The gameplay is good, but the story – which I don't wanna spoil – has been really excellent so far, at least from my point of view. Takes some risks I didn't expect, and I always appreciate surprises. Lots of video games aren't interested in providing those.

Maybe I should have seen some of the difference in structure coming, though. It's by a Dutch studio, and reminds me in a pleasant way of some of my favorite Eurocomics. They could maybe have used a little more inspiration from those art-wise (Psu has tons of that, in case you're wondering), but still! It's got the best new sci-fi setting I've run across in, like, a couple of years at least.

I'm pretty sleepy again. That seems to happen around 3am working on the comic. I'd love to talk about Nier Automata. I made some gushing words about it on the Twitter between retweeting politics. It's going up there as one of my favorite videogames. And I'll probably draw 2B more times while I'm at it.