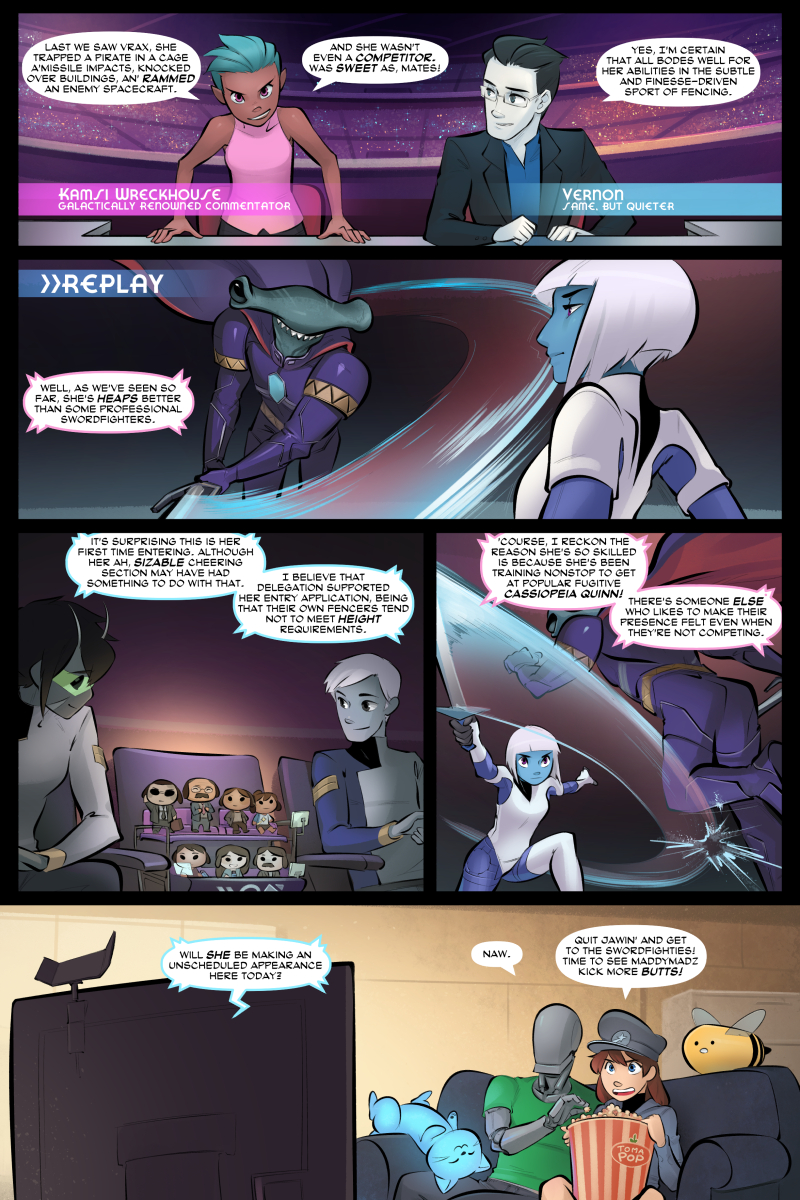 Beebot is always worried when kids roughhouse that they might hurt each other! Be careful, you guys!

You know, now that I think about it, the way we handle returning side-characters in Cassiopeia Quinn is probably inspired in a big way by classic Simpsons. If you need a doctor, it's going to be Dr. Hibbert. If a lawyer is involved, Lionel Hutz is your go-to guy. For psychiatric matters, you have Dr. Marvin Monroe. It lets them nurture a schtick over the course of their small appearances... obviously we can't do it to the same extent, but it's probably where I got the impulse.

Well, I can honestly say that I did not expect to see a sitting president of the United States under investigation by the FBI in my lifetime. Figured that was something that wouldn't, um, happen again so soon. It's... not a great position for a country to be in, I think we can all agree on that. But hey, around the last time this went down, the music got incredibly funky, which is pretty cool. Can we hope that'll happen again?

Sorry for the delay. In between family issues, I seemed to forget how to draw a comic. But now it's 5am. I'm gonna hit the hay. Take care everyone.