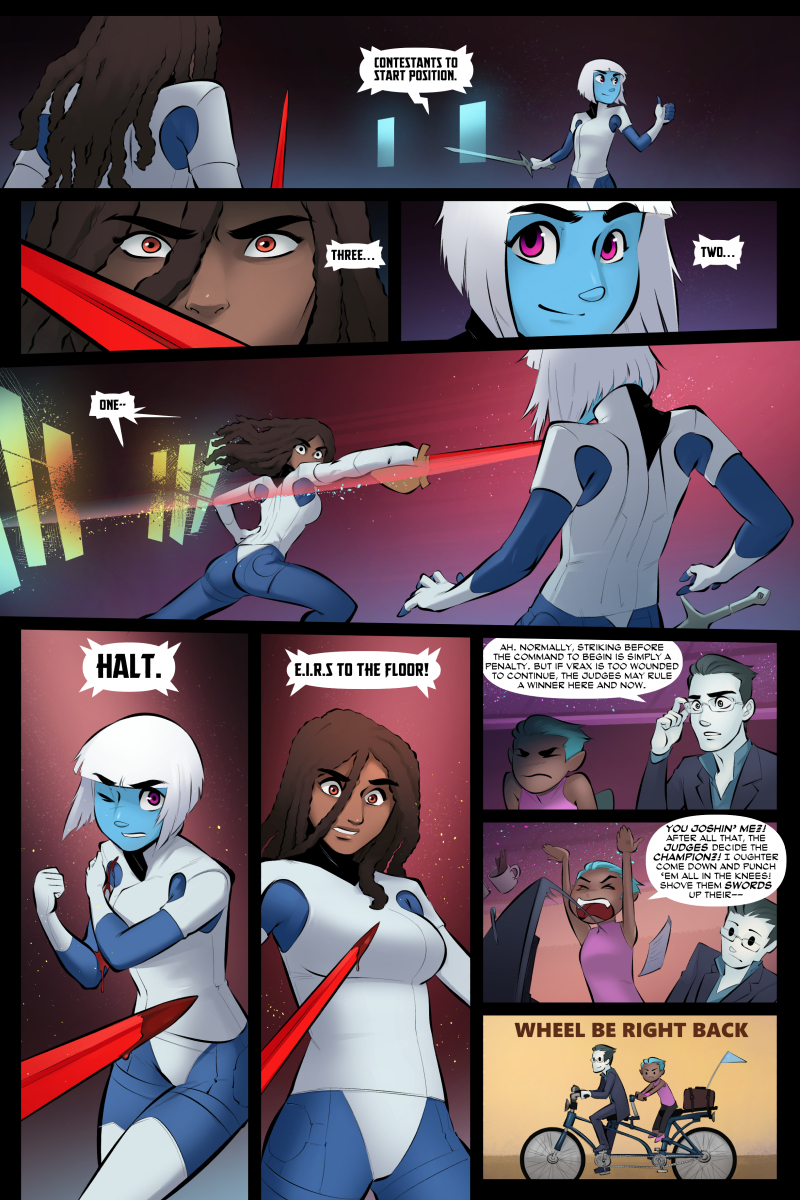 This week, I finally tried those Japanese Kit Kats with limited-edition flavors you hear about. Verdict is... it reinforced my view that green tea needs to be a more common flavor in American candies and desserts. It's always been an ice cream flavor I wish would catch on here.

Page was a bit rough of a production but a lot of that was due to me. I had gotten it started late, with a couple of things getting in the way. I'm currently in between a series of root canals (go to the dentist, people) and a few other issues. Namely, a relative passed away this week. They were in the hospital for a short while, then gone a few days later. I'll refrain from going over the details, out of respect. It's a private thing for the family and not my place to talk about it too much.

I can say however, that I was really happy to have Gunwild around. We have worked together for a lot of years but it's actually pretty rare for us to get to meet or hang out. And just having company around helped ease a number of unexpected burdens.

I also have to thank our frequent flatter Brellom for pulling a little extra weight with this page. It still ended up a bit late, but at least it came up at all. I think we'll have to leave this up for a bit before updating with the following guest page. I'll see you later, guys.