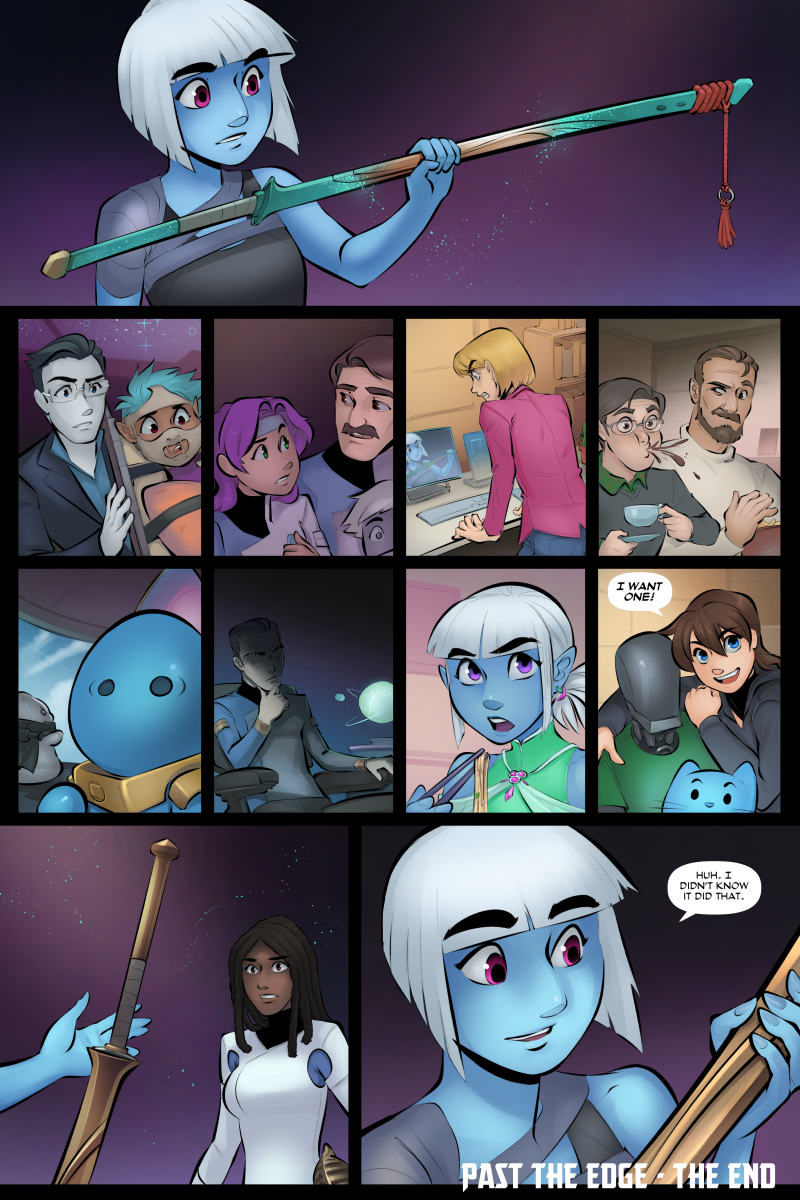 Well, that probably means... something.

Seriously though, we've been waiting to pull the trigger on this bit of the story since before the website first went up. Well, we'll see what people make of it, but it's gonna be kind of a driving force for the comic for a while.

And hey, who's that in panel eight? We don't know her!

This page nearly has every "party" in the comic represented. I only wish I could've fit some folks from Vraxiopeia somewhere on there but the composition was gonna get messy and the production was already running long. So let's just consider out there somewhere a director's cut DVD where like... Maks is eating a sandwich and is like "Oh hey it's that lady. She's cool. We gotta thank her for saving our butts from that bounty hunter guy." Extended deleted scenes are really superfluous like that.