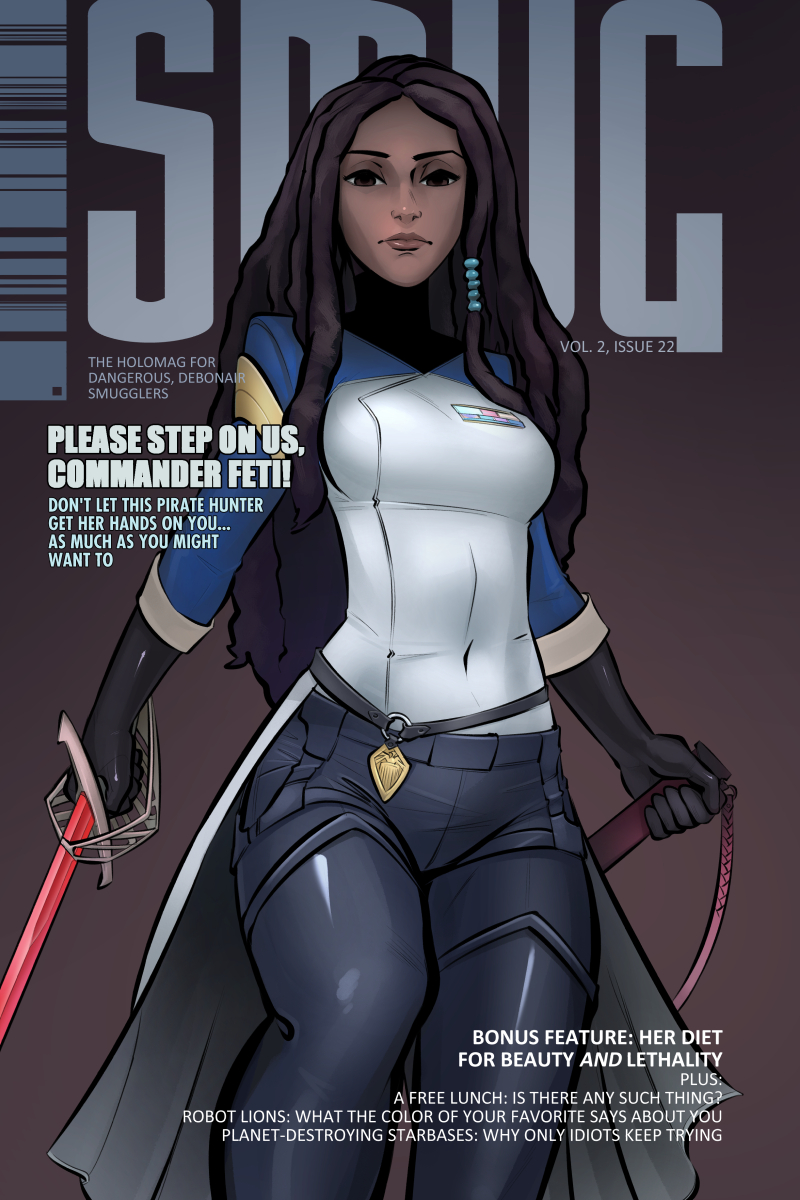 If you'd like a really wonderful last-minute gift to give someone, I recommend donating in their name to UNICEF's fund to help Syrian kids. It'll make you feel nice, and do them a lot of good, okay? Just think about it.

Also, if you're a grown-up and would like to get yourself something nice, our color assistant pal Brellom has released a fun, affordable sketchbook, and it's got some Cassiopeia Quinn stuff in it! Titillating. Ooo.

I'm really happy with this month's Patreon pinup, and I definitely ended up putting a lot of work into it. Since there wasn't really any clear requests for a specific character to do a pinup of, I took the opportunity to do one of fan favorite Motor Minx. Something about a cyborg getting a tune up and some buffing strikes me as more unique and interesting than a simple skimpy pose.

I've been trying to inject a lot of character into these extra drawings, and taking a moment to do things that aren't exactly out of character but getting to approach different ideas than the comic itself. And when I had the choice of characters this month, I used a couple of my favorites from the last story arc. I don't know if Gunwild will censor me saying, but anyone whose followed my art blogs will recognize these two from a previous comic we were working on. How they ended up in the Cassiopeia universe is another story altogether. But why we brought them on board, well we were both just too attached to them to keep them in the ideas drawer forever.

So that's how you get me drawing a cyborg getting a cleaning. Which, again, if you know me, is the kind of stuff I really really like drawing. Thanks again for being patrons everyone!