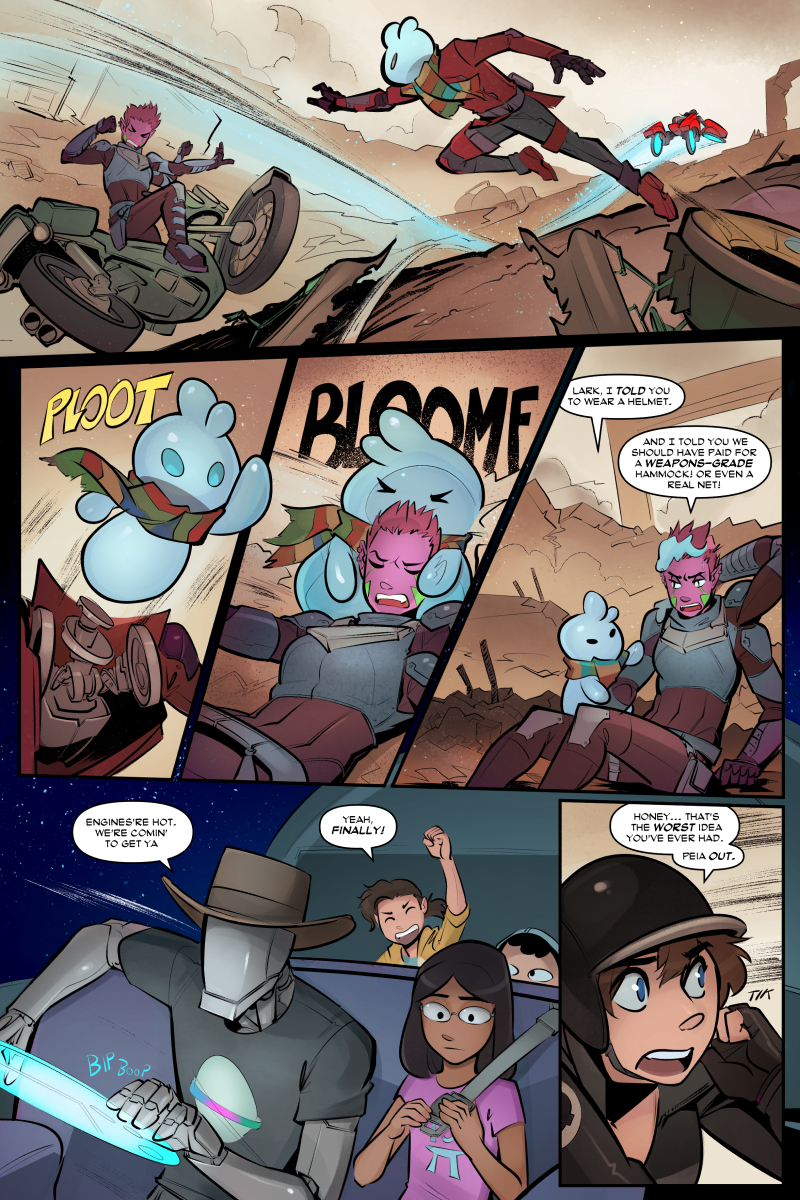 In case you missed it, Psu and I did a guest comic over at Magical Girl Neil. If you've ever wondered what it would be like if we were making a Japanese magical girl comic together, it'd look something like that! Probably.

In fact, I like Magical Girl Neil and its creator, our ol' friend and sometimes guest strip provider Satellite Nine, a lot... so much that I wrote another guest strip right after that one, drawn by my longtime chum and noted doodling-guy Mindwipe.

Peace on Earth, y'all.

When I heard the news about what happened in San Bernadino, I kinda lost it. I was so mad about another shooting. Hell, I'm still mad about it. And I think a lot of people should be too. I actually got so upset it got hard to draw for a while, like I forgot how. So I guess that bit didn't help anyone.

But I think about this Mr. Rogers quote a lot. If you'll forgive me I'll just put it here:

"When I was a boy and I would see scary things in the news, my mother would say to me, 'Look for the helpers. You will always find people who are helping.' To this day, especially in times of 'disaster,' I remember my mother's words and I am always comforted by realizing that there are still so many helpers – so many caring people in this world."