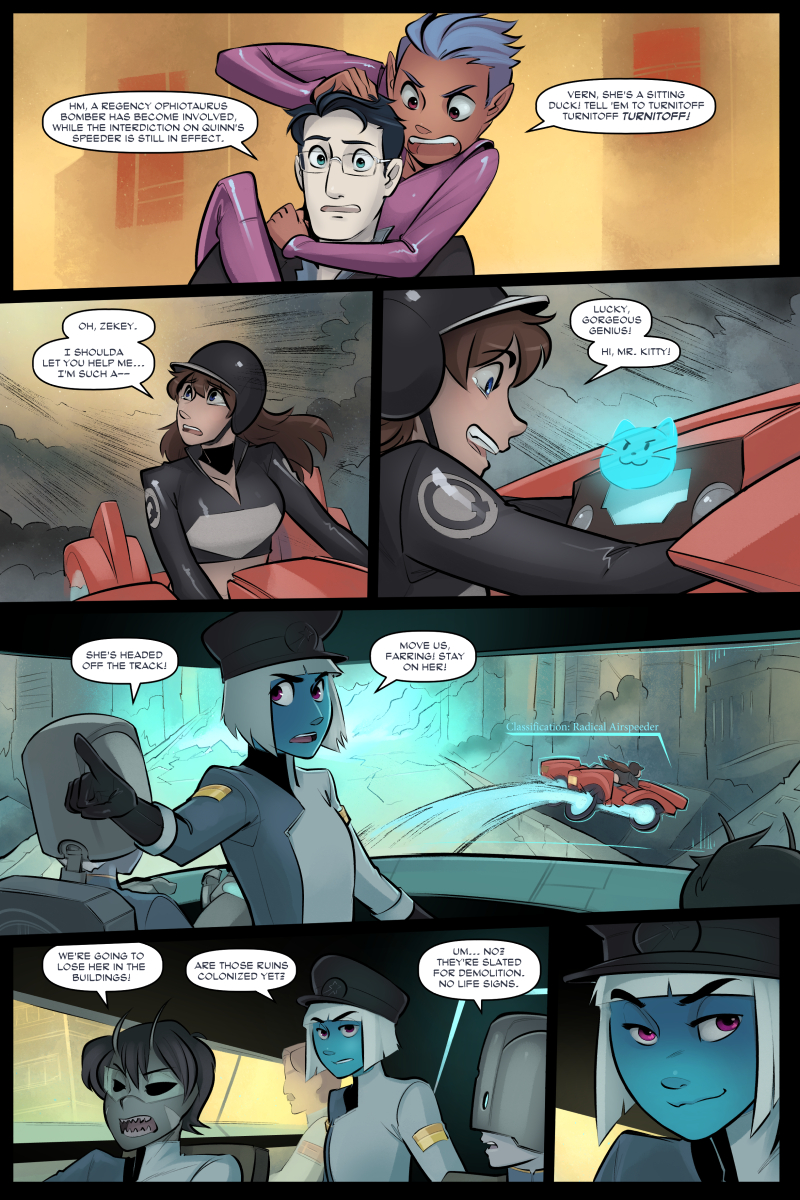 Panel 1 is really my favorite. I need to write people interacting more directly like that in this comic. Using body language adds a lot of storytelling, we all know that, but apparently people touching each other does, too! Uh, in other ways than I knew about, I mean. Conflict and stuff. Yes.

There isn't too much to say, I've been really dealing with illness throughout the rest of the holidays so there were clearly less updates than last year's holiday extravaganza. But it's usually fun to get to explore different aspects of the characters through the lenses of these kindsa holiday things.

I've been reading a lot of One Punch Man recently. It's the first comic I've been this engrossed in quite a while. And believe it or not, I've been reading the original webcomic version of it by One! And it's one of the most fun comics I've ever read, even when it veers dangerously to being like your normal tournament manga the creativity and distinct ONE weirdness constantly makes the comic a compelling read.