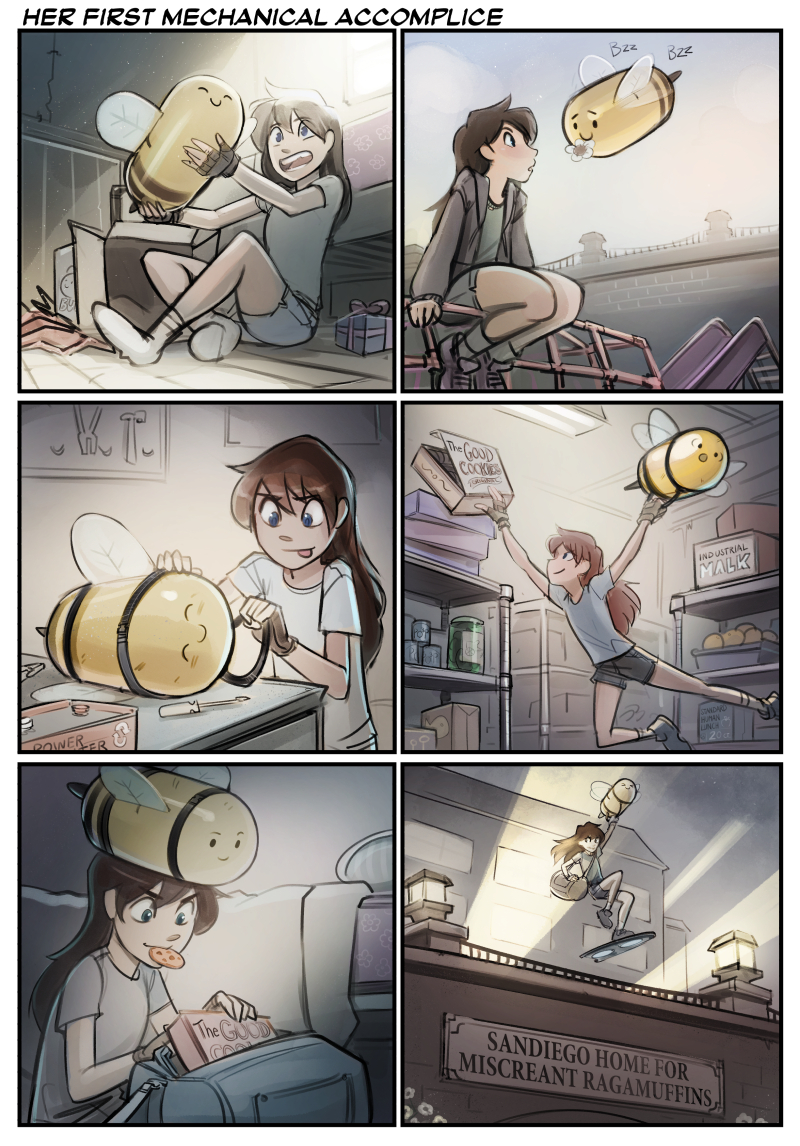 Yeah, Beebot is canon. The toy was eventually recalled because kids kept using them to fly, then falling and hurting themselves... Cassiopeia's the one girl who never let go. Now you know!

This is something we must unhappily announce: after The Big Race wraps, we're gonna bring Cassiopeia updates down to once a week, every Wednesday. At least for a while It's the best way to make sure they're all on-time and in color, and also rebuild a buffer, which we're totally without at the moment. That'll mean slowing down the pace at which we tell the story, but it's necessary for the art to get finished in a timely fashion, considering that this isn't how either of us make a living and there's other stuff to be worried about.

It's pretty disappointing, honestly, but it's what we've gotta do. Pull for us to find a way to go faster in the future, willya? Maybe we'll be able to raise extra money for that very purpose. Anyway, stick with us, 'cause we're gonna get back into the Big Race with the next update, and continue at full speed until it's done!

I've been feelin pretty raggedly lately. But it's been a good year, lookin back at it. We'll still be seeing each other plenty in the next one.