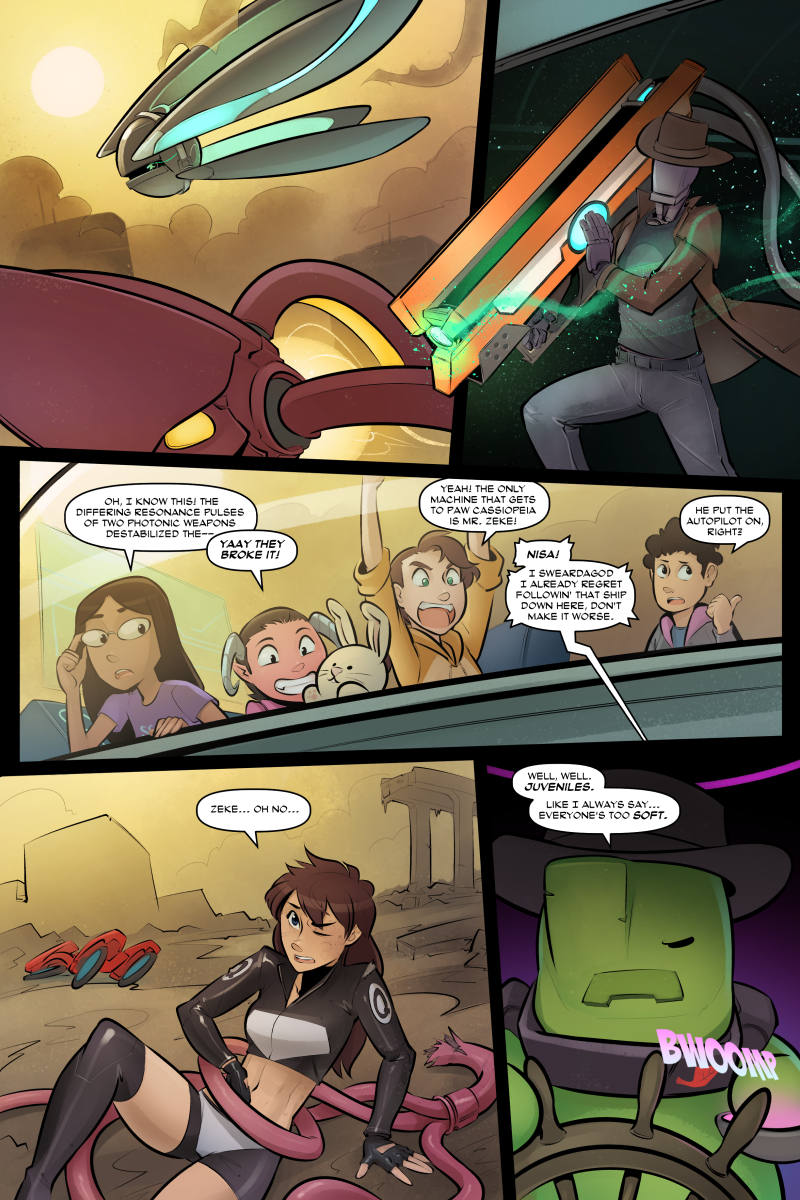 Did everybody watch the Super Bowl?! I kinda did. Sorta. Really I watched Key & Peele's coverage with the game muted in a little window. Sure, it was totally unofficial, so they couldn't say the names of the teams, or describe what was going on, or refer to particular players... but I feel like I found out exactly what I wanted to know! Like how good sports psychologists are at diagnosing father issues, and so on.

Today I'd like to call your attention to the current Humble Books Bundle, which features, among other cool things, Garth Ennis's The Shadow story for a pay-what-you-want price. I bought that issue-by-issue as it came out for four bucks a pop, I did, but lucky you, you can get it for any amount. And it even benefits charity!

Important note, I'm gonna be upfront with a not-insignificant retcon with you guys. The ship that Zeke and the Orphans are in, got a major facelift. Frankly, I was never fully happy with the design of Cassiopeia and Zeke's cruise ship "The Damselfly." And for months I kinda had on file only a design that I felt was half done. So when it came to that page when I finally had to put it on a comic panel, I went with a kinda half baked design that I definitely didn't like afterwards. So now you're looking at the new and improved Damselfly design. I think it's pretty spiffy, don't mind the big open bay door in the front right now...

On a much more important note, I'm going to take a few days off to finally rebuild my PC. I'm not gonna buy too many new parts, it seems like I don't really have to. But it'll be nice to have a fresh install of Windows. I just have to make sure I've got everything properly backed up and logged away! I'll see you guys on the flipside of that.