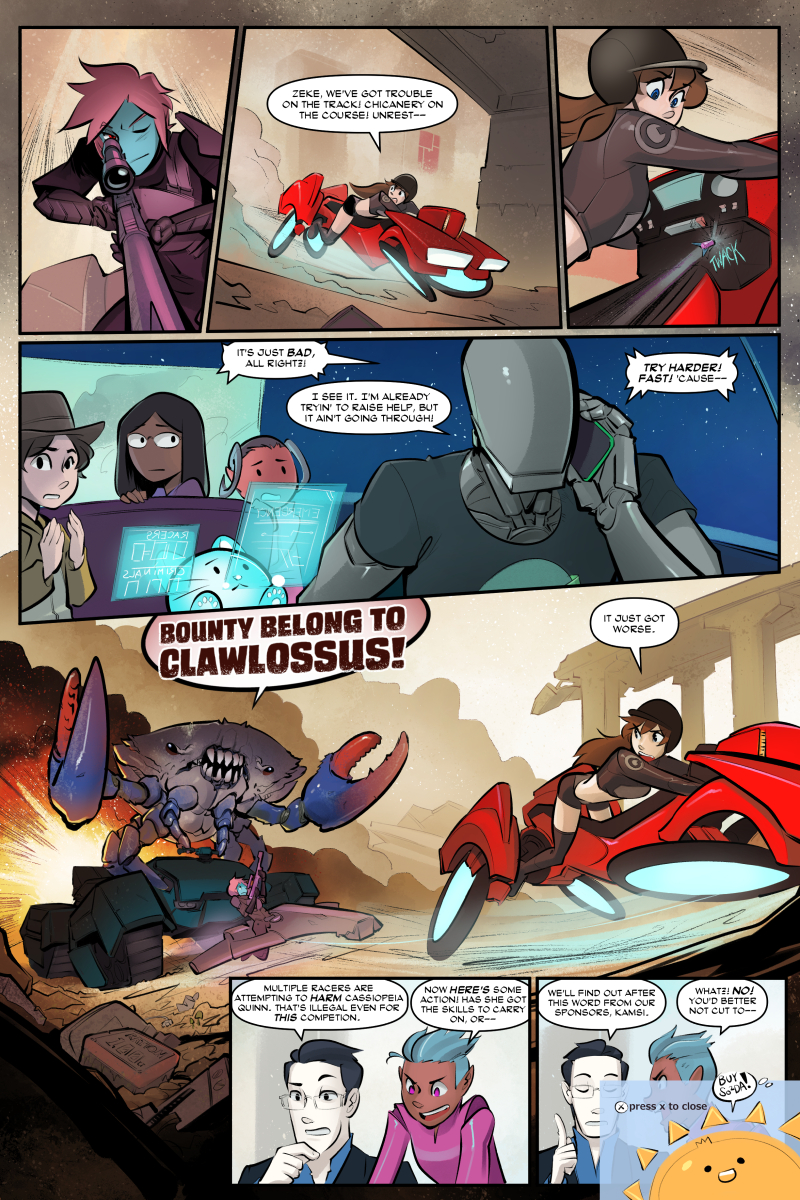 Yes, we're cutting to commercials... but not really! We're going to go to guest comics for a little bit because we've been stockpiling them, and they deserve to be seen!

So uh, Takeda and Liu's Monstress #1 from Image Comics is one of those rare comics so good and so in my wheelhouse (at least as a reader) that it makes me kind of kind of upset I didn't write it myself.

That's a selfish thing to say about what's clearly a very personal and painstakingly crafted piece of work, but it's not quite as bad as it sounds. Being jealous of one's betters is all part of being inspired by them! Right? Right? Yeah!

Anyway, go buy the comic so they can keep making it, though. Uh, if you're old enough – it gets pretty flippin' dark. Also, lookit this cool fanart by someone you know, which one of the creators retweeted, even! That's good stuff.

Oh man guys, that was a hard page. And that was a long year of working on this comic! It's been a fabulous run but it's time for a short break. Don't worry, I won't be gone more than a week. In the meantime we've got a few nice guest thingies lined up for you. And we did a guest page for another comic you'll be able to see. You'll still see plenty of Peia goodness all around.

In the meantime, I'm probably gonna spend a well-earned week off playing Fallout 4. Normally this is the kind of experience that'll nearly end me. But I've got some things I'd like to get back to, Cassiopeia Quinn's pretty close to my heart and worth leaving a bright Boston wasteland.