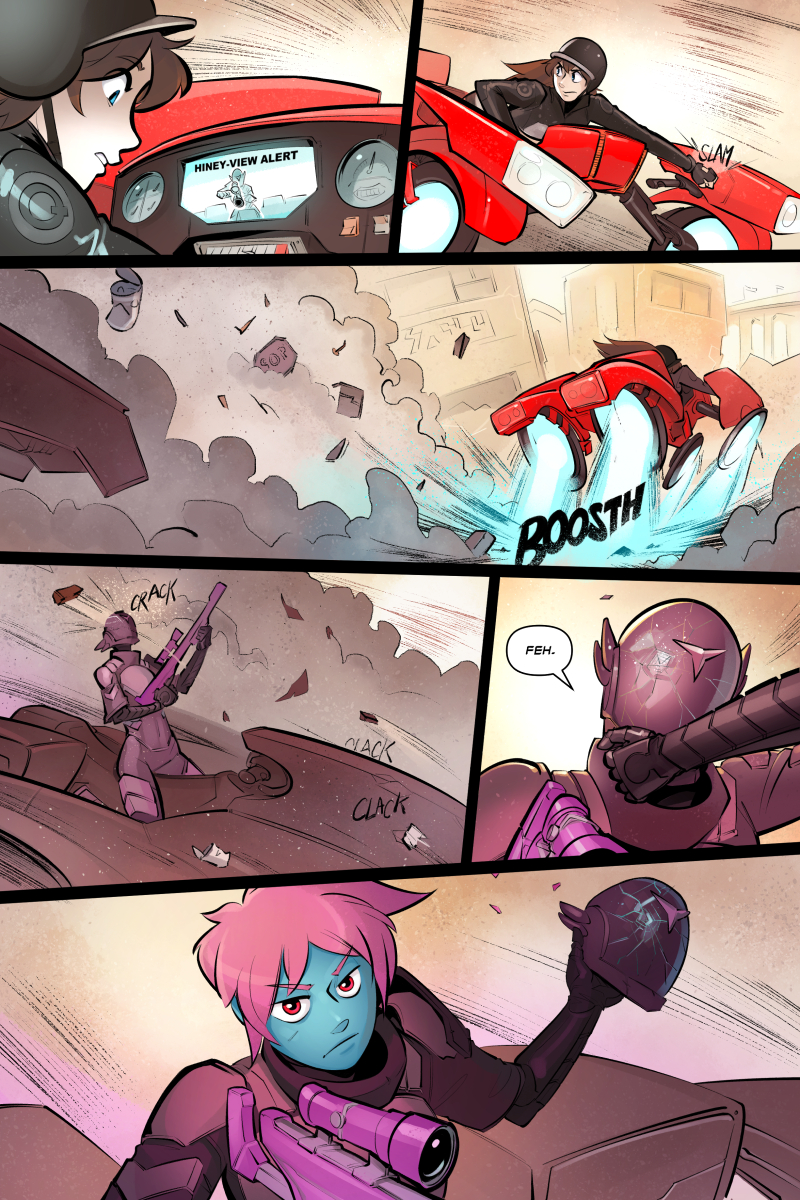 Waaait a minute, didn't we show at the beginning of this chapter that Headhunter was sending the Old Salt after Cassiopeia, and NOT Mercy? What's goin' on here?

A comic I bought today was the first issue of James Bond 007 from Dynamite, which was good, although I was a little disappointed to find it's set in the modern day. When I heard it was going to be about the "original, literary" James Bond, I kind of hoped it meant the brutal but useful government assassin from really early in the book series. Y'know, the guy who tooled around the Cold War world being a complete bastard to everyone, and ended up being super interesting because of it. At least they got the "comma of black hair" right.

So people following my twitter and junk might know that I've recently picked up a Wacom Intuos Pro medium. The transition back to a screenless tablet has gone quite well actually! I anticipated some rough times with the lineart but this page actually had me much more confident. It's feelin pretty good! Ironically it'll also be about time when I go on "vacation" for a week thanks to Fallout 4 and because I need a vacation or else I'm gonna go insane. Talk to you about it laters!