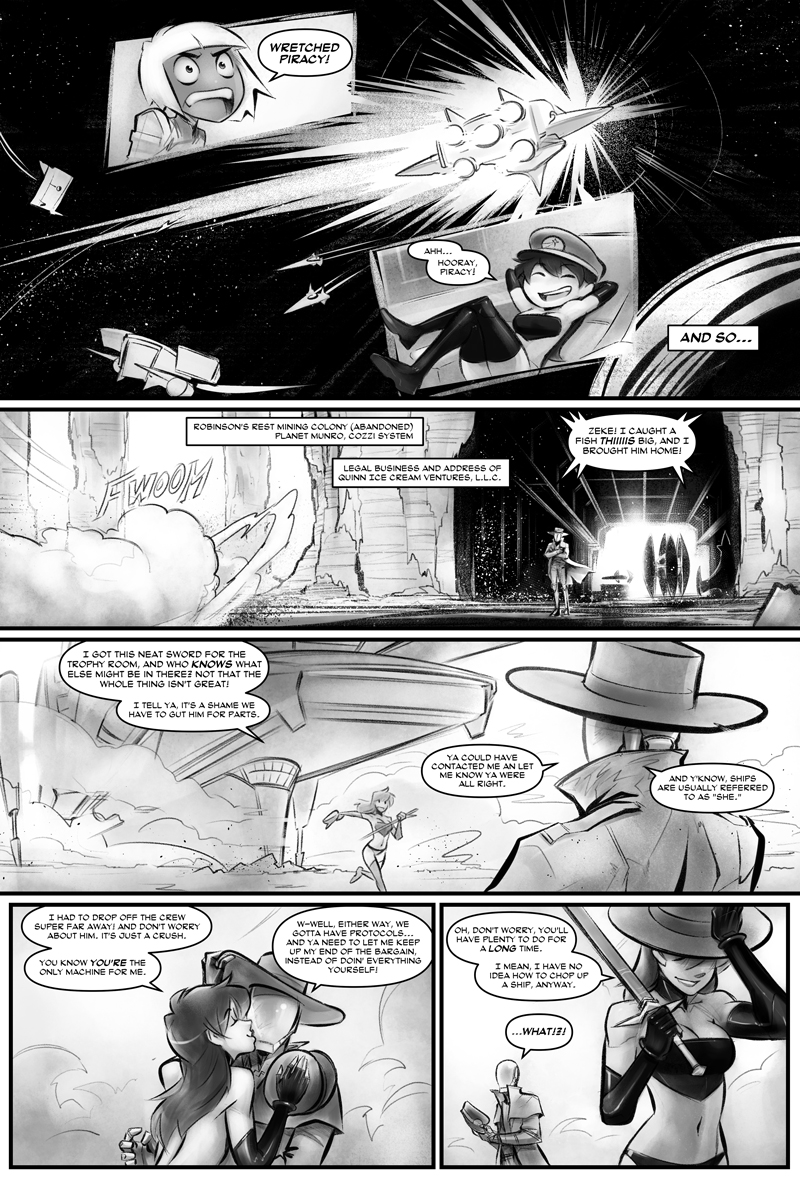 Heyyy, lotta comments and discussion on that last page. I'm thrilled! I also like that people are asking who the hero of the story is really supposed to be, since I think you'll find that it's not at all clear sometimes. But gosh does that Cassiopeia enjoy her work! Ya gotta admire that. Well, okay, no you don't.

Since we're getting closer to Halloween and webcomics oughta promote each other, I'd like to plug Wilde Life, which I just started reading. It's about traditionally spooky stuff (its main character is hangin' with a ghost), though thus far it's not a horror comic as such. Still, it seems appropriate for the season. I'll bet it pairs well with pumpkin spice M&Ms... most things do, though.

By the way, you can just see your first glimpse of Cassiopeia and Zeke's ship, the Damselfly, in panel two here. It's the four-legged looking thing, although that's not the configuration it takes when it flies (Because variable-geometry wings are futuristic, even in 2014!). Stay tuned to see it in action down the line (you can already get another distant peek at it on our tumblr). Also, I keep hoping people will start calling out our sci-fi references, either to laud them or call us hacks. Either way is attention!

Peia is a butt.