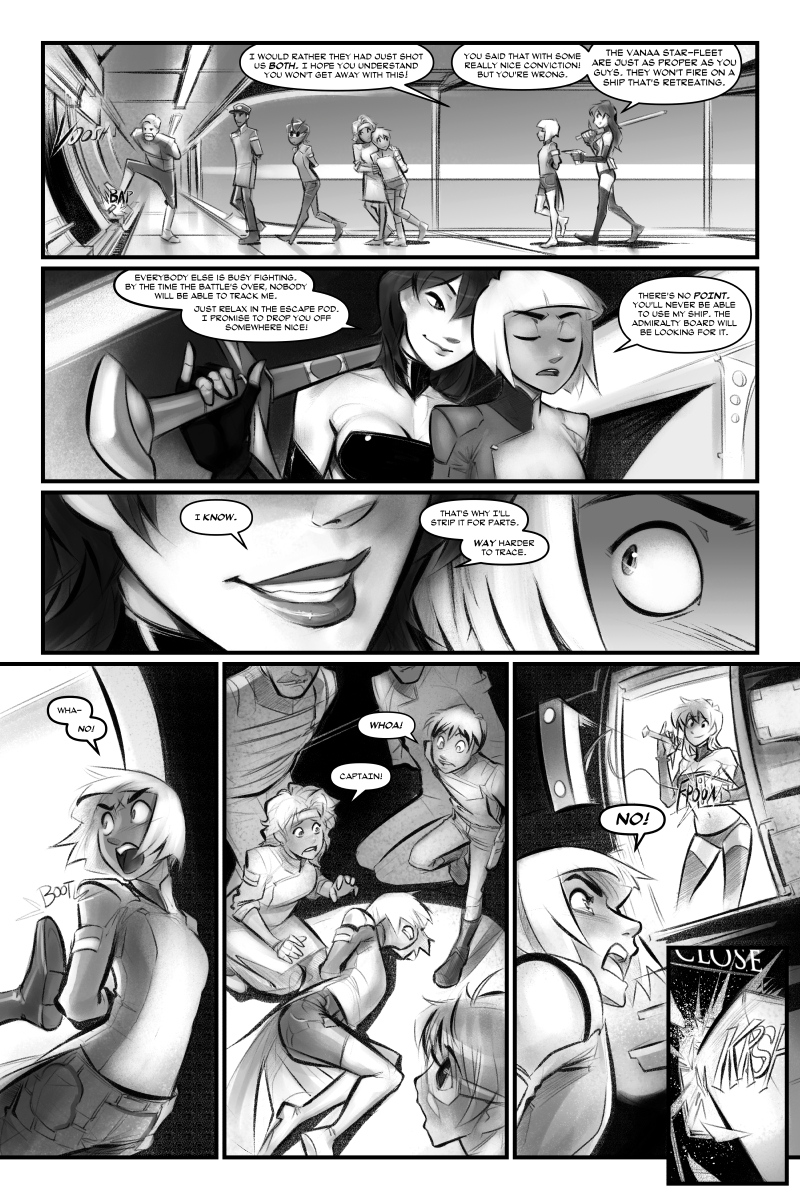 Still, if there's one thing I feel worse about than how overstuffed the top half of the page is with exposition (swear that's gonna stop soon...ish), it's having to tell a proud captain her ship's gonna be dismantled.

By the way, I don't wanna make a habit of going around explaining stuff that a talented writer would be able to get across in the story... but, well, this didn't get through like I'd hoped, and I honestly do want to engage with the audience since you've all been so awesome as to read. There's a reason that Maddy here, whose life is considered valuable, is commanding a ship in the middle of a battle.

As you might have been able to conclude from all this signaling of salute to an enemy ship, mentioning running out of drones, and letting enemies retreat, we wanted to imply that this kind of warfare is very sportsmanlike in nature. It's conducted by people with strong (maybe too strong) notions about honor. The ships rarely engage each other directly, and there's little loss of life since most of the action happens between "robofighters" like the one Cassiopeia hitched a ride on. They're trying to get each other to retreat or surrender. A sneaky boarding action by a pirate that the enemy didn't even send isn't something either side would expect.

But we'll read more about the Vanaa and the war in later pages. For now, one main character's out a ship, and the other is shown to be... well, not cruel, but a thief. No getting around it. Truly, they are on a collision course with wackiness.

It's remarkably easy to burn through a buffer...