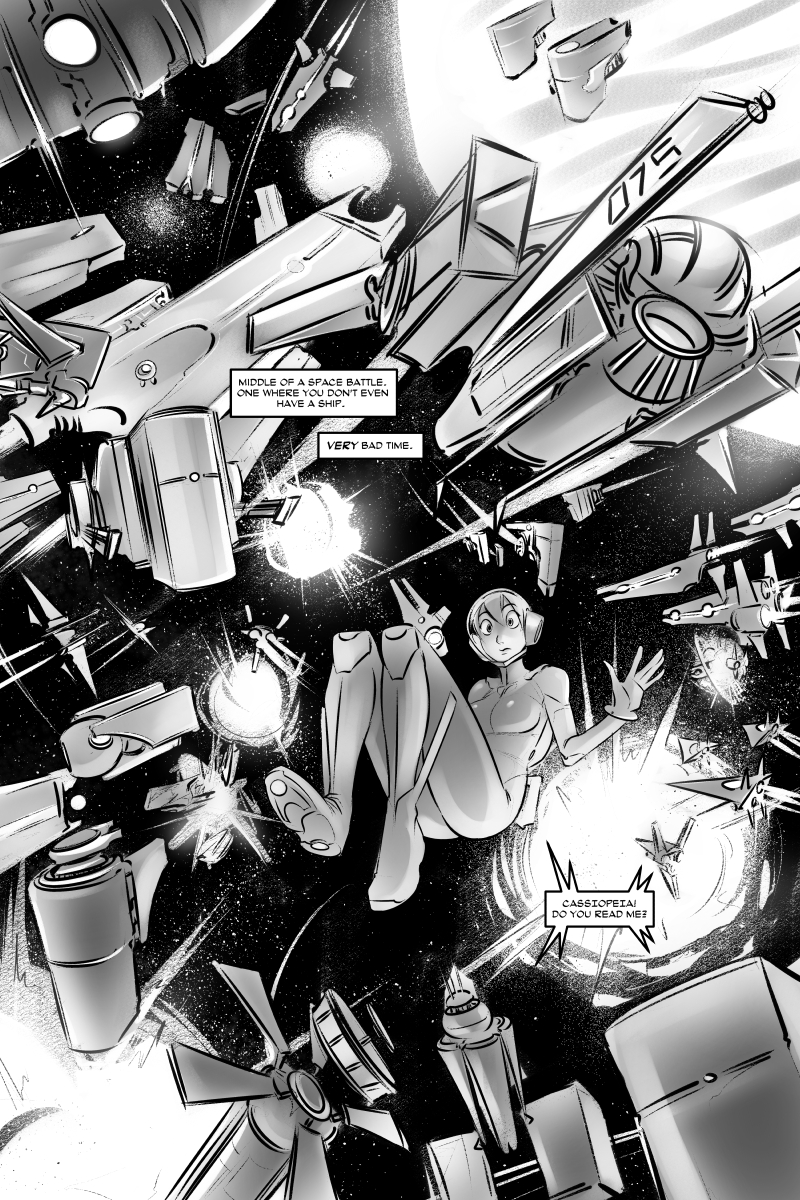 We haven't hit a full week of being up and in action yet, but that's no reason not to enjoy the stuff going on with the site. People have already left encouraging comments (which is nice) and let us put up a few examples of fanart on the Bonus page (which is nicer)! More will be added with surprising regularity. Satellite Nine is proving especially generous.

Since we're getting underway this seems like a very good time to thank Hiveworks for making this comic a viable thing for us to do, and also Brad and Leslie from Blaster Nation, who put us in contact with 'em. Oh, and tech-person Erin for putting together the site. Isn't it pretty?

This page was when I realized Gunwild was crazy in his writing scripts and throwing them at me. And maybe I'm crazier going for it. Crazier and then some!