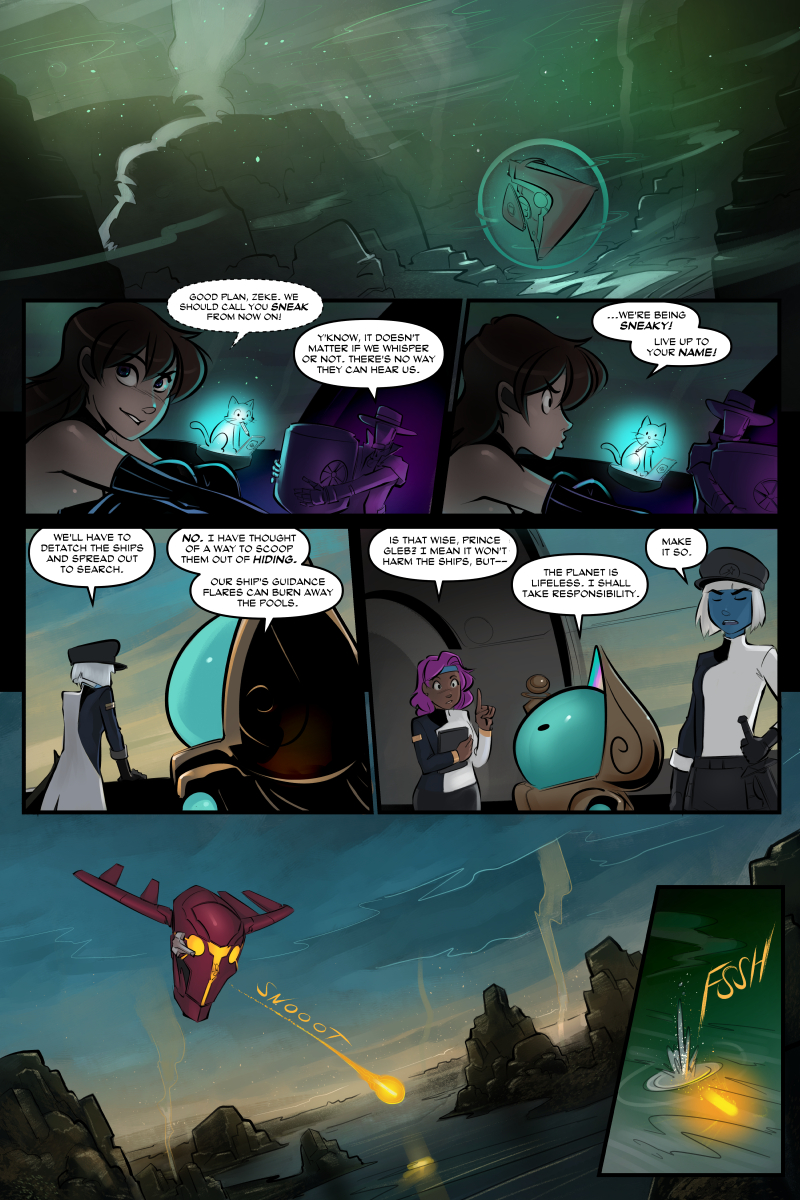 I've heard a rumor that there are ads running for Cassiopeia Quinn out there, thanks to them being put on other Hiveworks sites. I haven't seen any yet, myself. Haven't seen them in the wild, I mean – obviously I know what they look like, because I reviewed the designs!

Did any of you guys wind up here 'cause of ads? If you did, that's pretty exciting (and even more exciting 'cause you might be looking at our site without adblock on, which helps us count readers 'n stuff). We're getting close to fifty pages (counting holiday strips), which can be make-or-break for a webcomic, I'm told.

About webcomics: this week I'm recommending Kappa, an underwater fantasy comic where mer-people have spears and do adventurous things. I'm really underselling it by putting it that simply... um, it's in color? That's also a good thing!

Oh yeah, and while I don't love the new History Channel miniseries Sons of Liberty – with the possible exception of Jason O'Mara as George Washington, he's been killin' it so far – I have to congratulate the Samuel Adams brewing company on their hilariously excellent choice to advertise during every commercial break. They pretty much had to, didn't they? How often do you see a show come out that's actually starring Sam Adams? They saw their opportunity for Revolutionary War based crossover marketing and they took it. I respect that.

Bah! Leave me be! Go enjoy the comic! Color version incoming! *Hisss!* Also, month's coming up to the end, visit my Patreon! Woo!

*flies back to work*

P.P.S. Crota went down like a big butt baby. Thanks for the Rocket Launcher, ya jerk. Glad you can eat my Gjallarhorn