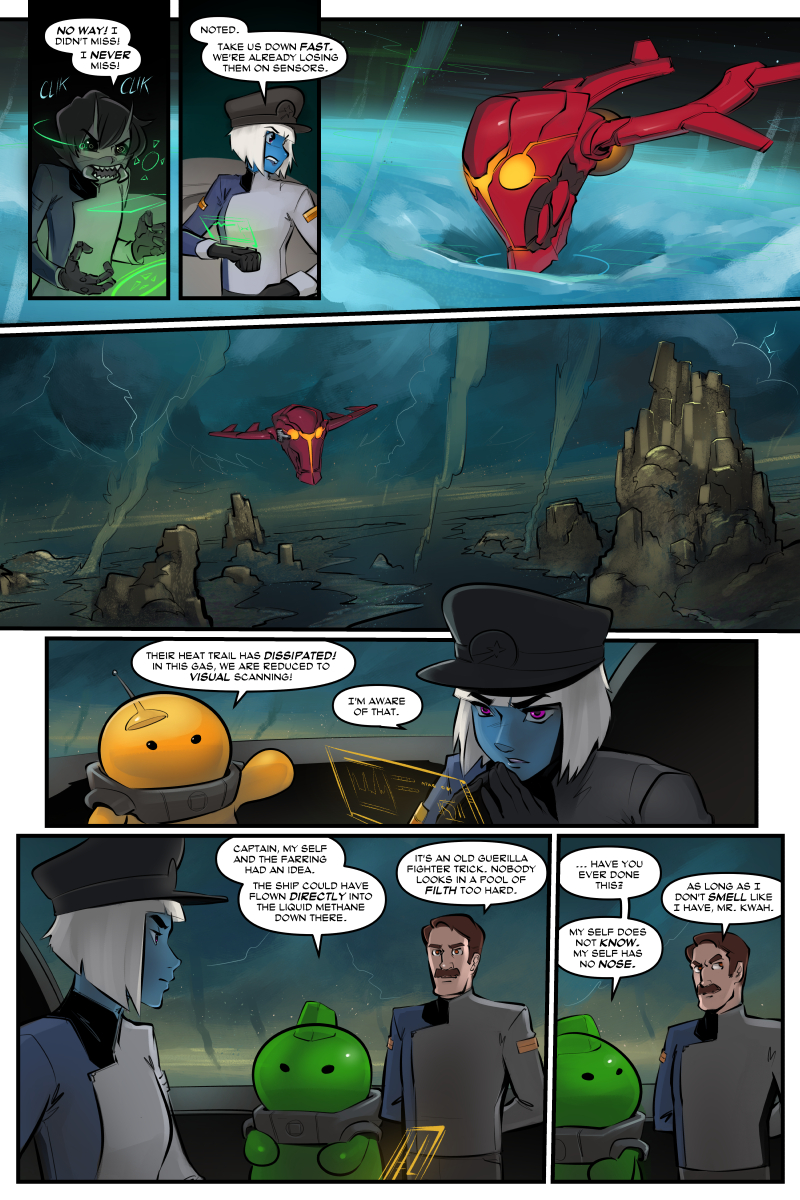 To answer your immediate question, Theira's mandibles only pop out when she's upset... or about to tear into (and devour) flesh. Sometimes those things may happen at the same time. It's better not to pry. Cultural differences, you know.

To make up for that embarrassing note about our artist's process, I'll say that although this chase was always gonna go to the planetary atmosphere, the little conversion of the Vanaa ship's back portion into wings there was not planned by me at any stage. It was just a thought that came to Psu as the page was being drawn. Nice idea, well-implemented at the last minute. Fine work.

Aww man, I'm pretty happy with how that sky turned out. Anyway, I've kinda been considering a new phone. It's been a while and while I'm pretty happy with this current phone there's a nice new one in striking distance. I'm looking at really affordable phones anyway, and with the Blu HD Windows 8 phone at bout 150 at the Microsoft Store, and a mere 125 for a refurbished one it actually seems like a nice investment.

I've been the type to say, my phone is "good enough" and that certainly is true. It's more than good enough for most of my phone and mobile needs. But there's a certain issue with the fact that Nokia hasn't really been supporting it or giving it the upgrades it was supposed to have. My OS hasn't kept pace, and frankly there's no reason it shouldn't since most of that stuff is free from Microsoft.

The Advantage I think with going with a company as small and as new as Blu is that they seem to have a pretty good rep with being ahead of the curve in terms of updates. And that's the kinda geekery I like especially when it comes to hardware.

I sometimes wonder if Google's personality algorithms know the difference between a dangerous crazy person and an artist looking for reference.