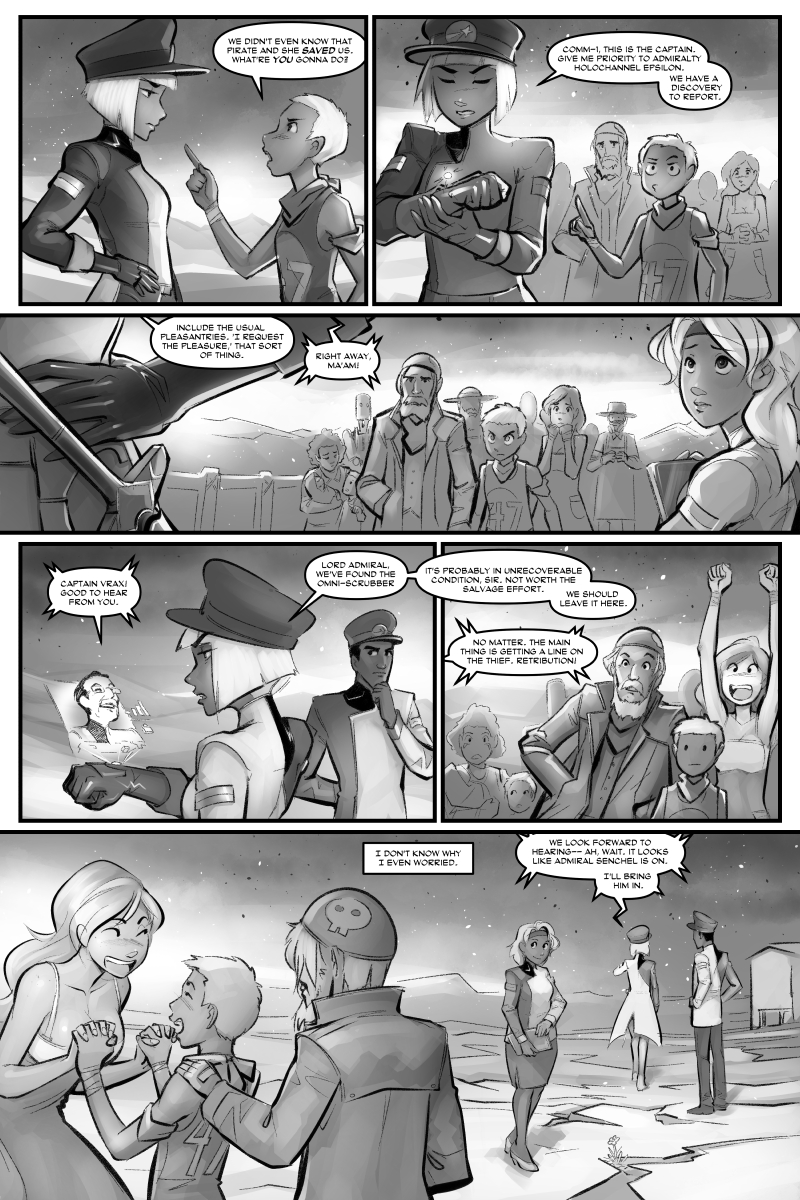 The script originally called for the tomboy there's B-Ball jersey to be for a team called the "Jupiter Thunder." Aw, well. Can't fit every detail.

Some people have asked me if Assassin's Creed Unity is bugging out on me and behaving unplayably, since that's the reputation it has already, and the answer is "no." I'm actually having a very good time with the game on PS4 – my only tech complaint is frame-rate issues in some areas, which is annoying but not experience-ruining. But then, I only have a 720p TV, so I'm not riding the game as hard as I could be. My overall opinion, though, is that I'm happy with my purchase (it's also the first PS4 game I've bought at full price).

However, everyone I know who's got it on PC is talking about it being a nightmare. There are guys out there like TotalBiscuit who have amazingly strong systems, and the game may still chug and fail to load stuff, even with an extensive day-one patch. They've got the videos to prove it. That's not acceptable for a game that's supposed to be a AAA installment in a series people love, and the way I hear it, Ubisoft is paying for it with an almost ten-percent dip in stock price. Frankly, they should have to pay for it in lost sales, too. Don't get the PC version if you were thinking about it. Not yet. Not even if you're a big fan, like me! Really stinks to have to say that – everybody should be able to enjoy Mirabeau telling them to stab fools.

There always seem to be a dozen more things you think you need but realize you don't. I have what is quite literally hundreds of pounds of books and comic books, the accumulated mass of many years of collecting, plus inheriting a friend's GIANT collection, doubling my total. This may, if I choose to keep and display them all, be the largest extra expense in setting up a new place. Bigger than a new mattress or lights. It's quite a library, an eclectic one. All this paper fills quite a mighty volume.