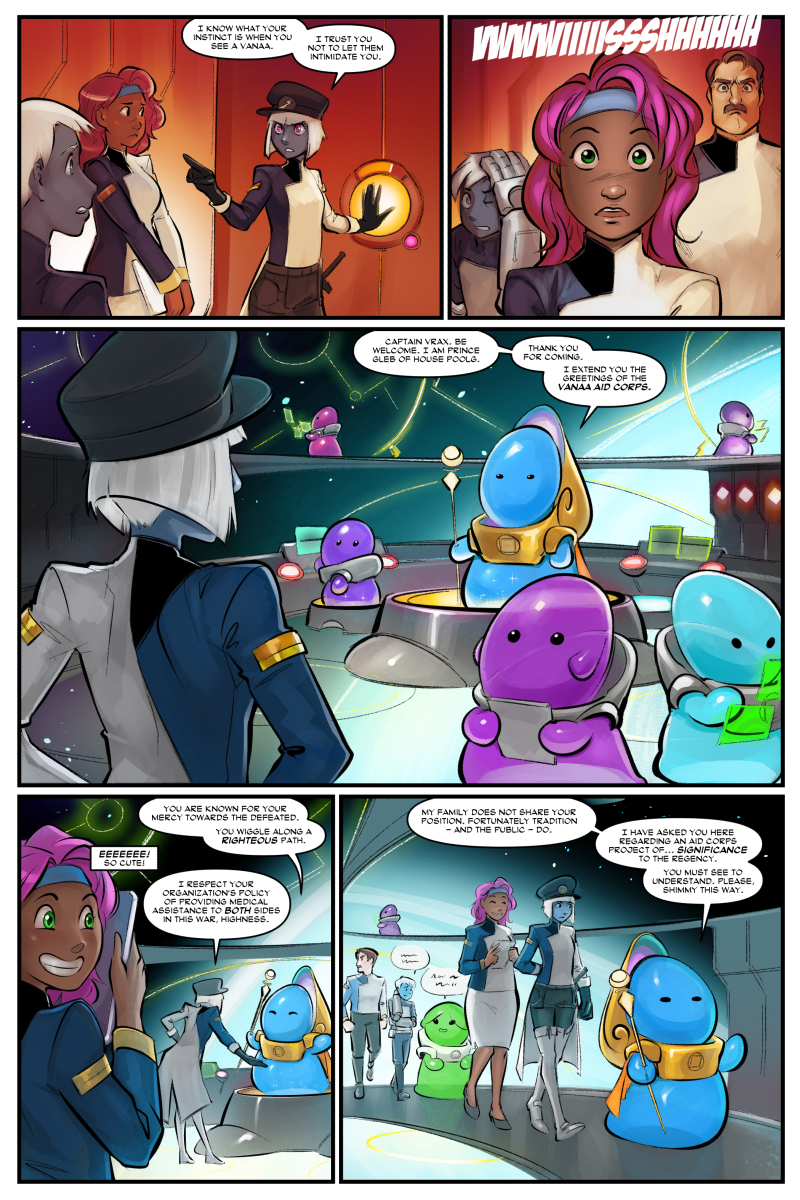 The first time I can remember seeing a non-humanoid alien in a work of science fiction who wasn't just an evil monster... yeah, it must have been that Ithorian dude in the Mos Eisley Cantina. You know the one, the guy with the hammer-head and no mouth who was sitting at a table? As I recall, you never actually get to see his legs or anything.

To my mind, the rest of his body could have looked like, well, whatever! I feel sure that I asked one of my parents why a creature like that would be patronizing a bar, and they just said he was probably there to enjoy the music and drinks like everyone else. Kinda eye-opening for a little kid. Sure, he didn't look like a normal person, even for the setting, but he might well have been. In the future it kept me from assuming everything that wasn't just a re-colored human was a creepy space-beast out to eat all the heroes.

I'm sure there are ten novels and three comic series about that Ithorian character and how he's actually super awesome, just like every other Star Wars background appearance. Maybe I should look them up. I owe him a debt.

Moving into a new apartment has its share of interesting and unusual problems. Like... why in the hell does a simple stand for a shoji screen divider cost almost as much as the entire divider itself? Or, how can I bring a sense of daylight to this basement without spending an arm and a leg? Or how about, is this a stud or dry wall and will I lose all of my security deposit if this shelf falls off and takes most of the wall with it?