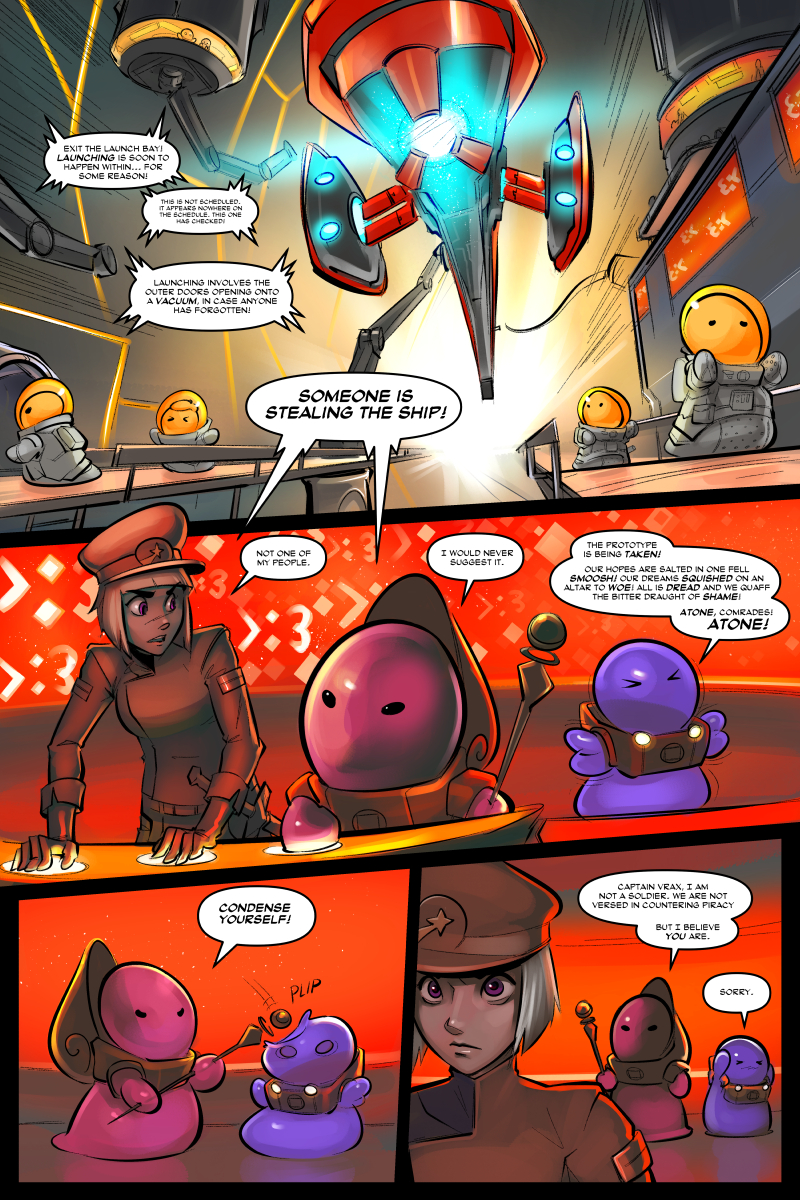 I went to RiffTrax Live tonight and saw three guys mock a poorly-dubbed Mexican movie about Santa Claus where he has mechanical reindeer and hangs out with Merlin. So, I'm doin' pretty good.

Just so there's no confusion, Prince Gleb and Maddy have changed color due to the red light in the room, not because they have crazy chameleon powers. It's a good detail! Just like the nervous Vanaa waaay up in the left-hand corner of the page.

I realize there are some possible obvious ironies, as I discuss both the videogames I'm playing and how we've run down our prodigious buffer of comics. But here we are! It's good to have a buffer but I generally produce pages at a somewhat slow rate when I'm in a perfectionist mood. And I'd like to get all these pages as good as I can, which sometimes I feel isn't good enough!

In other news, I might be getting better at this twitter thing. Dragon Age Inquisition is pretty dope. It's multiplayer feels like 3rd person Diablo. AND NEXT WEEK IS THE DARK BELOW.

Christmas time is a dark time for schedules. The promise of cheer falls on deaf ears to the behind artist.