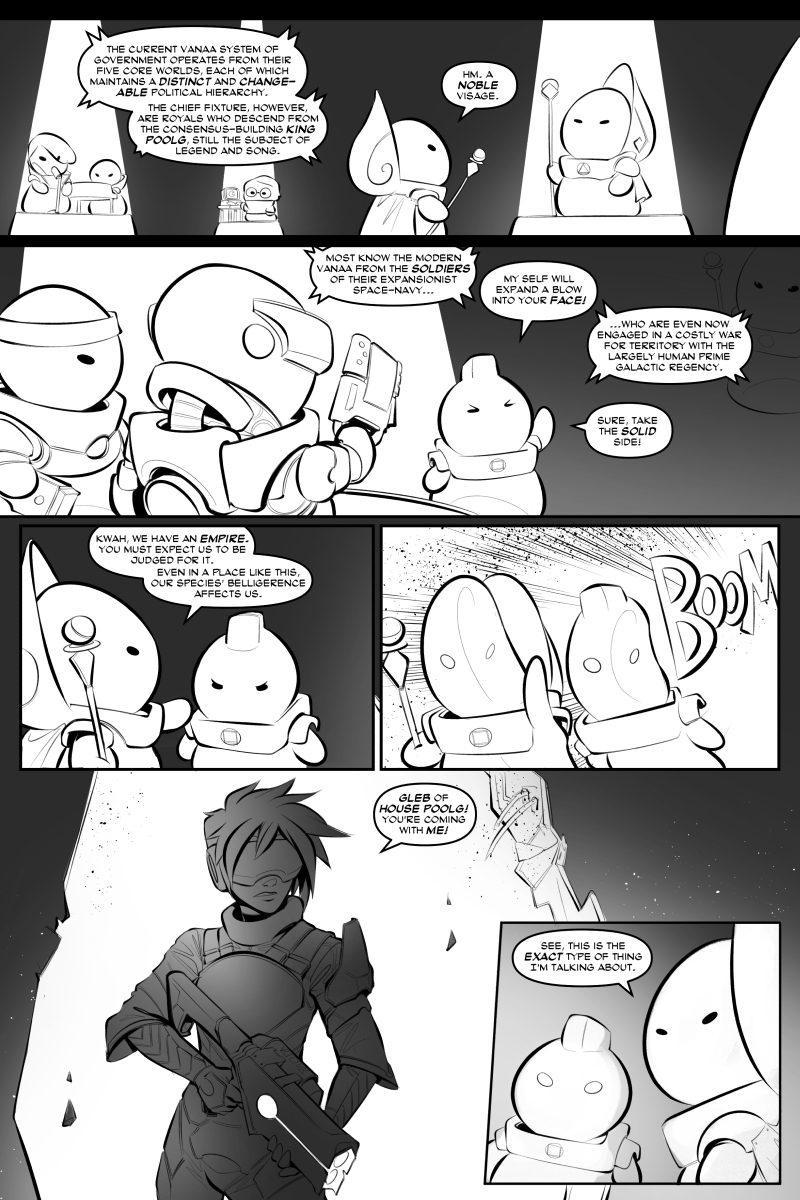 We actually had the design for this character, the merc, before the first panel of Cassiopeia Quinn was ever drawn! Why do I mention it? Because the intervening time, stuff from Blizzard's upcoming game Overwatch was released, and our girl looks a bit like the (extremely dashing) character of Tracer, at least while she's wearing her targeting goggles. Hopefully not enough to bother any readers, though.

Age of Ultron was pretty rad! I would recommend it. But the action choreography's getting to the point where things just seem to align way too well. Like, remember in Fast Six when Vin Diesel crashed his car into the side of the bridge and flew to catch Michelle Rodriguez in mid air? Okay, well we all knew that was crazy but we went with it cause it was insane and in the moment and nutz. Age of Ultron seemed to have many moments where the stars all align and craziness is all perfect. And like, unless you're watching Equilibrium, it makes the action slightly less cool.