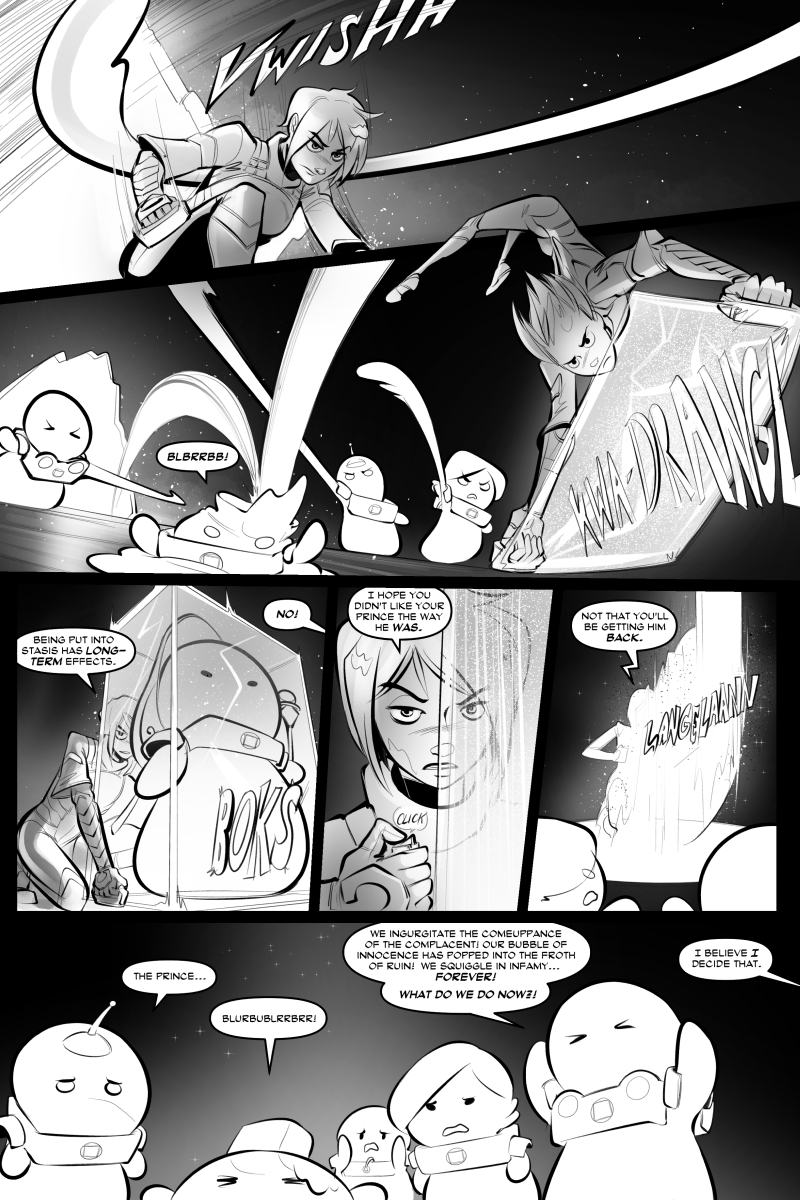 The lasting effects of flash stasis are not the nice kind, like "clearer complexion" or something. They're more on the "severely impaired higher brain functions" side of things.

To lighten things up I'm gonna recommend a movie that's on Netflix. It's called Kundo: Age of the Rampant, and it's a Korean martial arts movie fulla stabbing and jumping and stuff. When it came out last year, it had the biggest opening day box office in South Korean cinemas ever, but unlike the previous record holder Transformers: Dark of the Moon, it clearly had care, effort, and thought put into it. Plus, unlike Chinese historical martial arts movies these days, it doesn't end on some kind of upsettingly patriotic note about how all foreigners need their asses kicked or the motherland is always right. Enjoy it with some friends!

Then, when you want them to leave your house, put on the 1995 Paul Verhoeven trainwreck Showgirls, which is also on Netflix.

There, that's my update text.