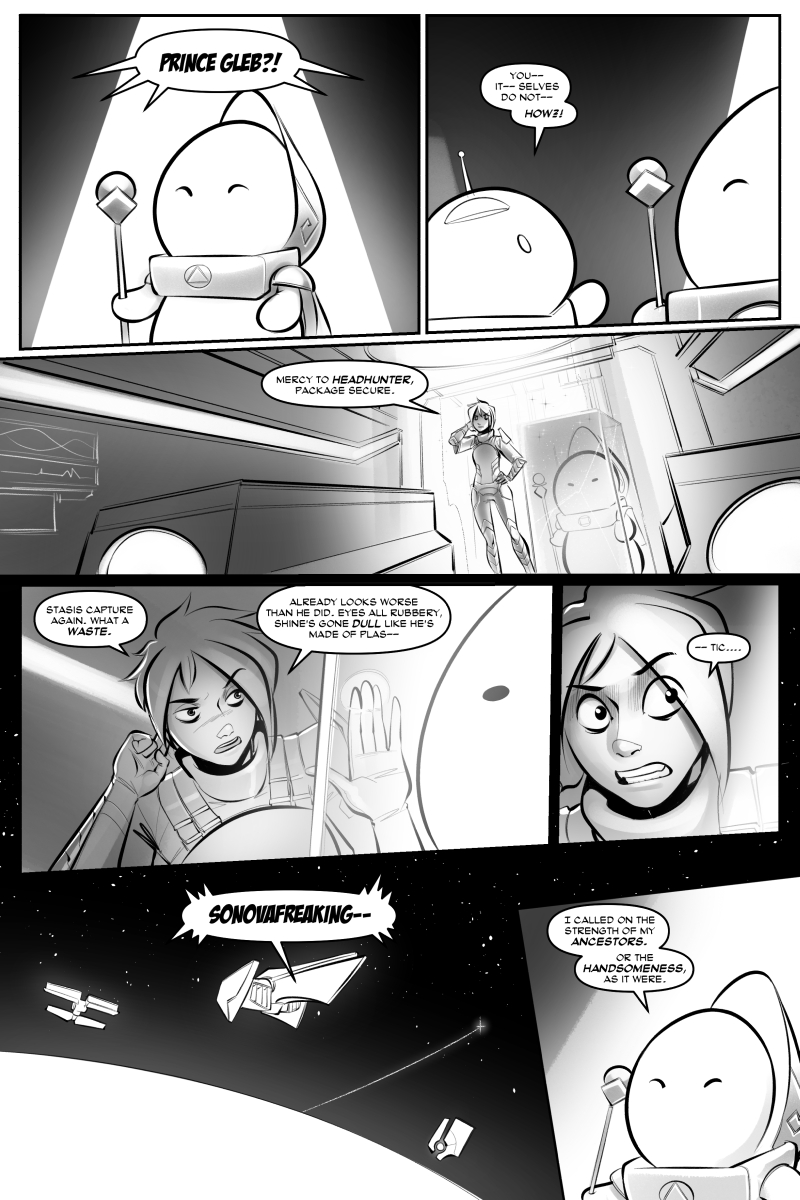 I'm very happy to say that there was a complaint or two about the last page going much too dark for a story about jellybeans visiting a museum.

Good! As a writer, I'd like to learn to deal in swerves...

Since if you're here you're likely a sci-fi type person and also use technology, I'd like to call attention to this: the Mass Effect Trilogy is under five bucks on the Playstation Store until the 18th. That's not the price per game, by the way - it's five bucks for all of themm together, on your PS3. I'm not even the biggest fan of the series, but that's an amazing price for some very high-end titles! They get my recommendation, especially at that price point.

So like, I've been meaning to take a bit of a break to catch up on art and work on other projects as well. The allergy season is starting to calm down a bit but it was really nightmarish. I look forward to still updating and stuff. And just for the record, The House of Wolves DLC for Destiny coming out next week was completely a coincidence that it'll be on "vacation" time!

But ya know, the past week I've gotten to absorb so much new stuff it's been kinda fun. Like, I forgot just how fun it is to just absorb comics and movies.

I'm reading through "All You Need is Kill" after watching and enjoying "The Edge of Tomorrow." I liked "Sunstone" a lot! Oh, and I saw a little movie called "Mad Max: Fury Road." Oh my goodness. What a lovely day.