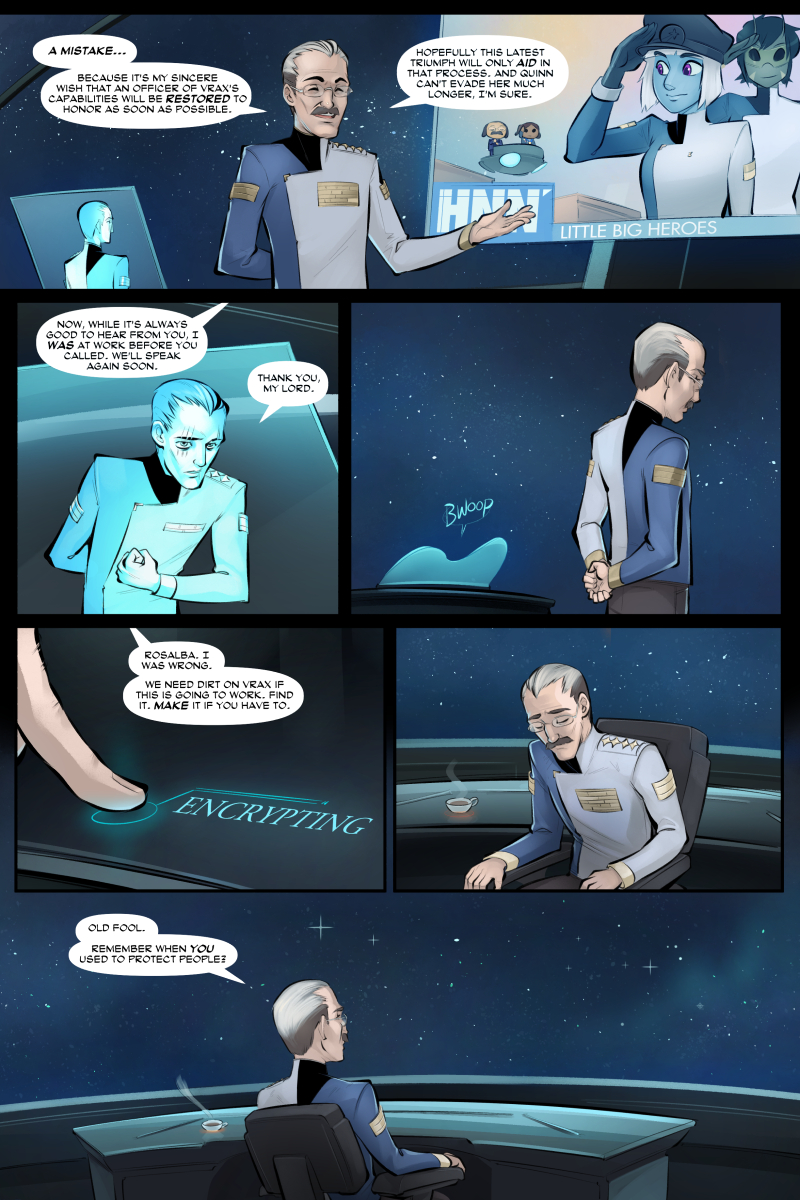 Ha! We didn't forget about this plot thread, ohh no. It's gonna get worse before it gets better...

Oh hey, here's the preview for our first Patreon-exclusive pinup, which features Cassiopeia and Maddy. And underwear! I won't show you the underwear, but if you become a donor you can see it when our patrons get it in a coupla days. 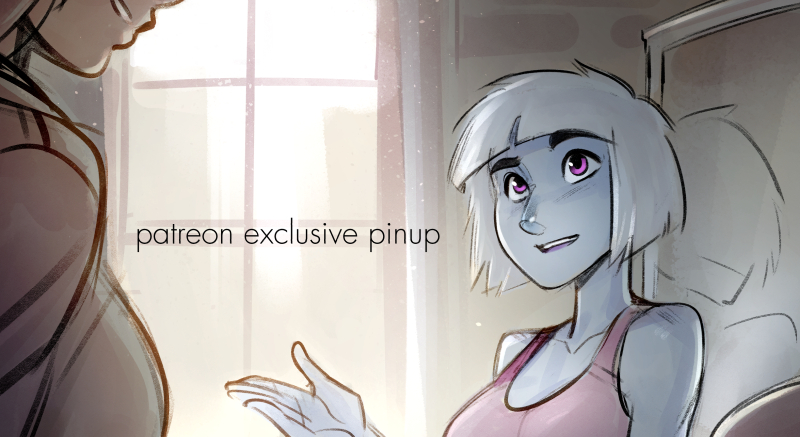 Business aside, I wanna mention that for no reason that I can discern, Road House was trending on Twitter this morning. That's as good a reason as any to urge everyone to go watch Road House, among the most delightful, entertaining films ever made. Watch the movie! Get the Rifftrax! Learn its lessons well, like "pain don't hurt," and when it's the right time to be nice versus when it's the right time to kill a man with your bare hands. Truly a message as important today as it ever was.

I don't have a great deal to add here. I think I'd like Toyn's table over here, it's a very nice table but it seems like something that'd get stains on it pretty easily. Unrelated to that, I'm greatful the new Patreon is going well. I'm working on art right now and want to do some stuff for inktober. I've still got to move thingies but am now settling into some kind of awkward groove here. I'm buying home-y stuff like a new doorbell. I haven't gotten to play nearly as much Destiny as I would like, but maybe that's a good thing. I've been marathoning the old web series Red Versus Blue on Netflix.