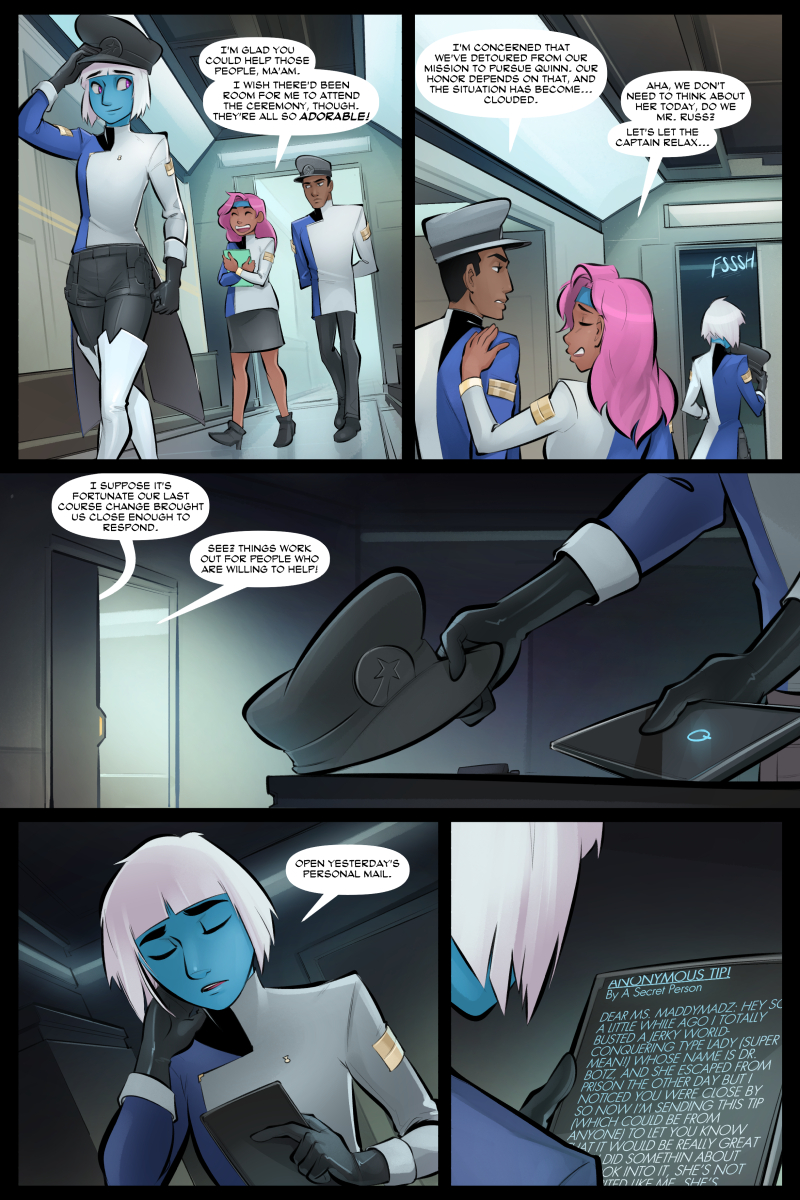 Hm. I think she may have a suspicion about who sent that, despite what I'm sure was a heroic attempt at obfuscation.

I read the first book of the Assassin's Creed: Last Descendants series on a train ride, and it was pretty darn good. Sort of broke the franchise mold, in that it doesn't spend much time actually following an Assassin around and seeing what they get up to. Would recommend for my fellow marks for all things Assassin's Creed.

Hello. At Comic-Con. It's been amazing. Alessandro Barbucci is the best. That is all. I'll see you next week!