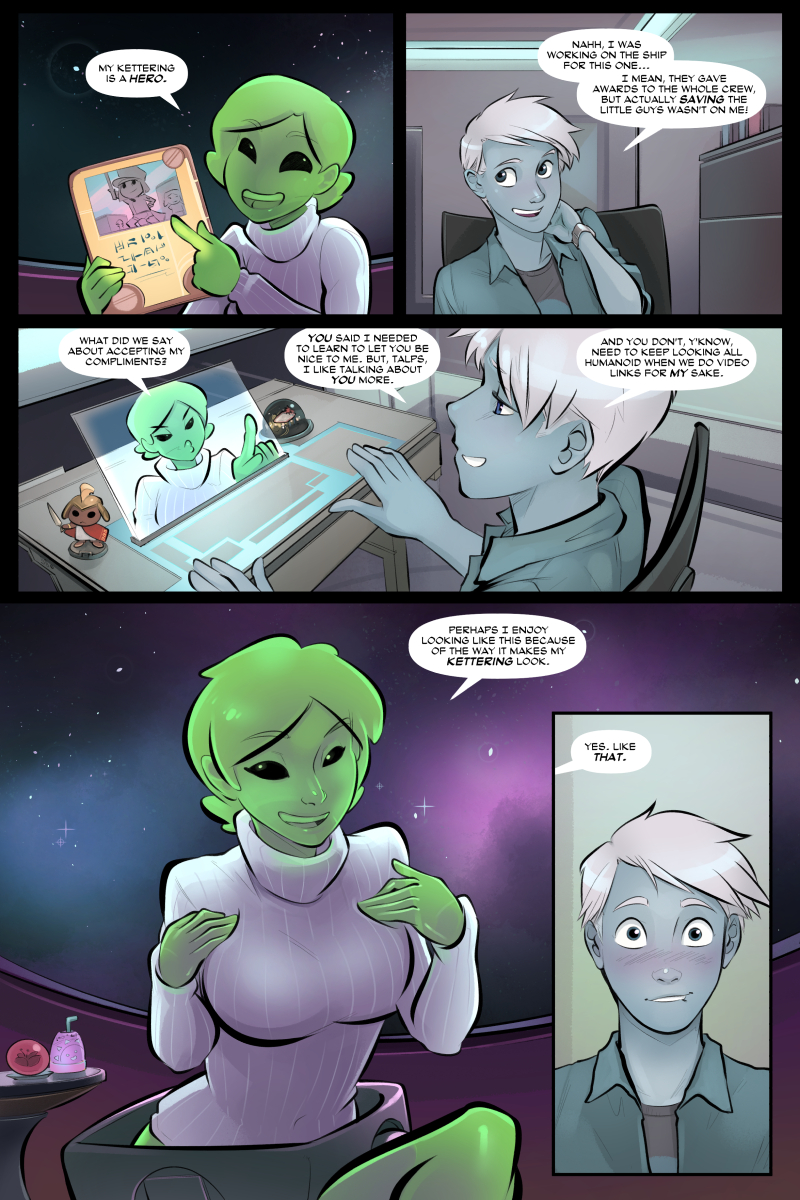 I want that little doggo figure on Kettlehead's desk... say, does he look different to anyone? Well, he should! Stay tuned for that plot development!

Hey, look at this nice Vanaa animation our pal Ians did for us!

I didn't really mention that we were going to NYCC because for the most part we went as fans. But I like to think I made some really good business contacts when we were out there. I also met a couple of my art heroes, and generally speaking I had a really amazing time. In no small part thanks to going with a friend and having a hotel, it made a lot of the waiting much more bearable. I had almost decided not to go, but having met Alessandro Barbucci made everything worth it.

I don't think either Gunwild or I are willing to do tables, it's just not really my speed. But I definitely changed my mind about never going to comic-cons again. I thought I grew out of it but there's always more people to meet and see. And then of course there's New York pizza.