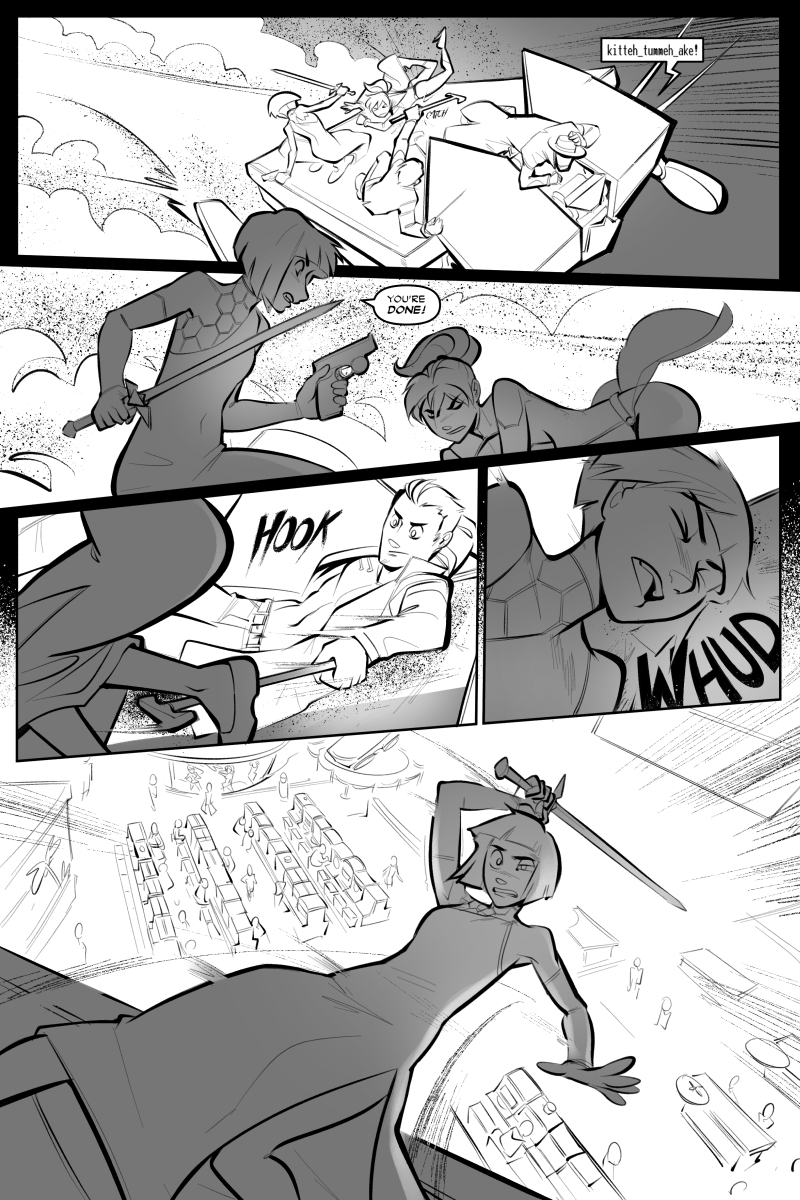 Okay, this isn't actually a sci-fi thing, but it is a comic thing and I think it's worth mentioning!

I'd like to encourage you dudes to check out this Kickstarter, wherein John Ostrander and Tom Mandrake wanna do this Civil War vampire story dream comic thing of theirs. It looks amazing. It's a project they've had in their back pockets for years, they're clearly passionate about it, and I've bought enough comics by both of them that I totally know it's a thing that should exist.

You know, I haven't regretted backing any Kickstarters yet. I mean, I got this great Wakfu blu-ray set way cheap, so how can I? Besides, someday we might need money to put something Cassiopeia-ish into people's hands. Or to pay for Maddy's physical therapy after she lands butt-first on a slot machine at terminal velocity...

With utmost sincere apologies for the lateness, I think as my schedule continues to be out of wack I'm going to have to start mentioningwhen pages will be late on my Twitter account. Or maybe we should start a Cassiopeia specific account? Because if we do the latter, you guys won't be inundated by me posting all the left wing articles I always seem to be reading.