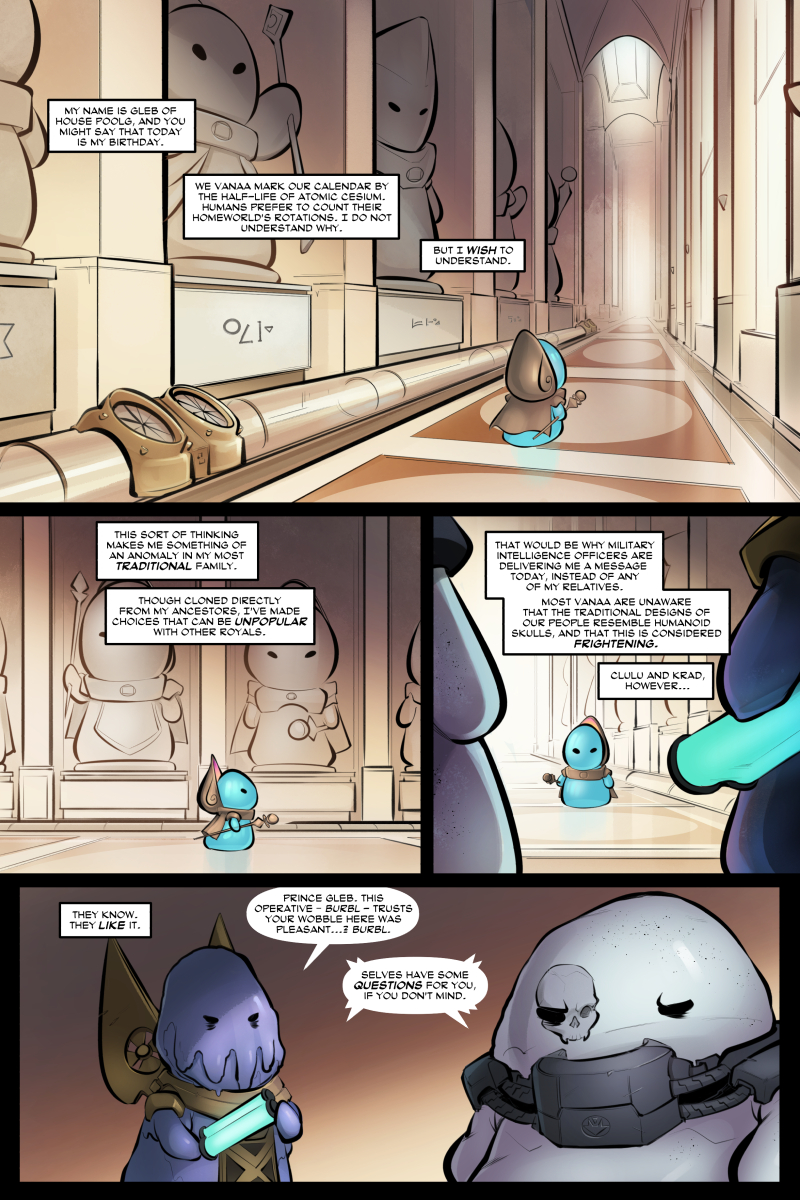 I don't like the idea of politicizing this silly comic. That wouldn't be a great fit, what with its hologram cat and jellybean-people. I try to avoid even going so far as putting satire in it (because, as I always say, I'm terrible at stuff like that). All I wanna tell you, straight out, is that if you live in the U.S., you should really vote. It's important!

Yep, I'm taking the radical political stance, here and now, that you should be participating in democracy if you can. Gonna put that out there, come what may. I'm so brave!

Anyway, I think noted Athenian sci-fi author and pro wrestler Plato covered this: "The price good men pay for indifference to public affairs is to be ruled by evil men."

UPDATE: Our newest Patreon pinup is done! It features our adorable Warrant Officer Theira in the company of what she herself adores most, a really high-caliber gun. Become a Patron and it (as well as our previous posts) are yours.

This last month has been characterized by lots of things that needed fixing. Whether it was internet, the toilet, a leak in the ceiling, and just last week my computer's main drive pretty much crashing requiring a complete reinstall of Windows and everything else. Thankfully I keep almost all my stuff on the cloud and it was relatively easy to recover. But October, apart from the really wonderful time at Comic-Con has been tons of minor stressors adding up.

Still, it's good to have yet another page out. I'll see ya with the next one.