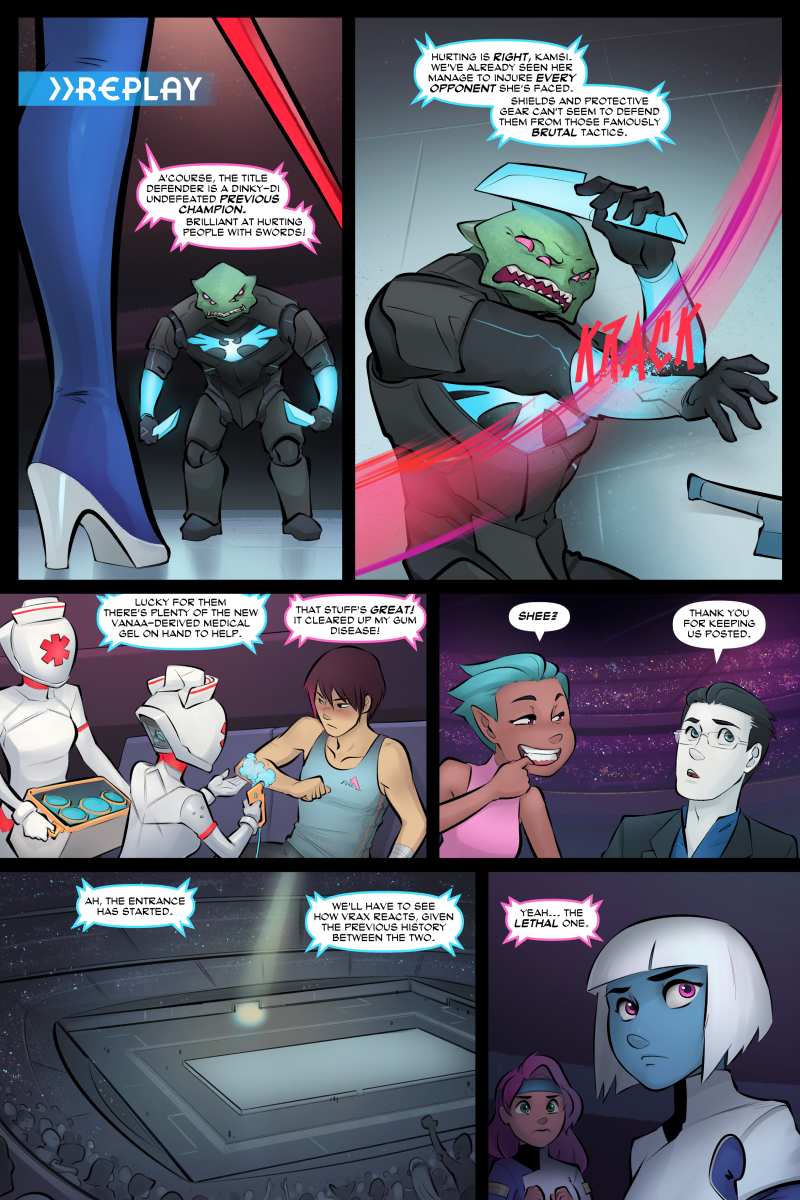 If you're wondering why Maddy didn't get a special entrance, well, one, she's not a reigning champion... and two, it's not her style, man! I can't figure on her cutting much of an intimidating promo, if someone asked her to. It would be beneath her dignity to throw insults at a competitor.

Still, I don't think she's going to have much nice stuff to say about this competitor...

Samurai Jack is really really cool, guys. You should check it out.

I hope you guys want to see more of this tournament than we can reasonably get around to drawing. If there's even some sense that you might want to see more of these random background characters or different fights then we'd be doing part of our job well. But at one page a week and a relative tight constraint on panels we aren't going to be able to get through lots of fights in a reasonable amount of time.

I think a lot about ANY tournament arc in shonen manga and I find myself almost universally falling away from a series that gets into those things. It can be fun to come up with all kinds of enemies with boss battle type gimmick powers but the further we delve into those then the longer we delay meaningful story.

Look, basically this is a long way of saying as much as I want to see more of the guy with the glowy chest armor and how he actually fights, I'd rather see more about those nurses in the clean suits. Uh I mean Madison. Yeah.