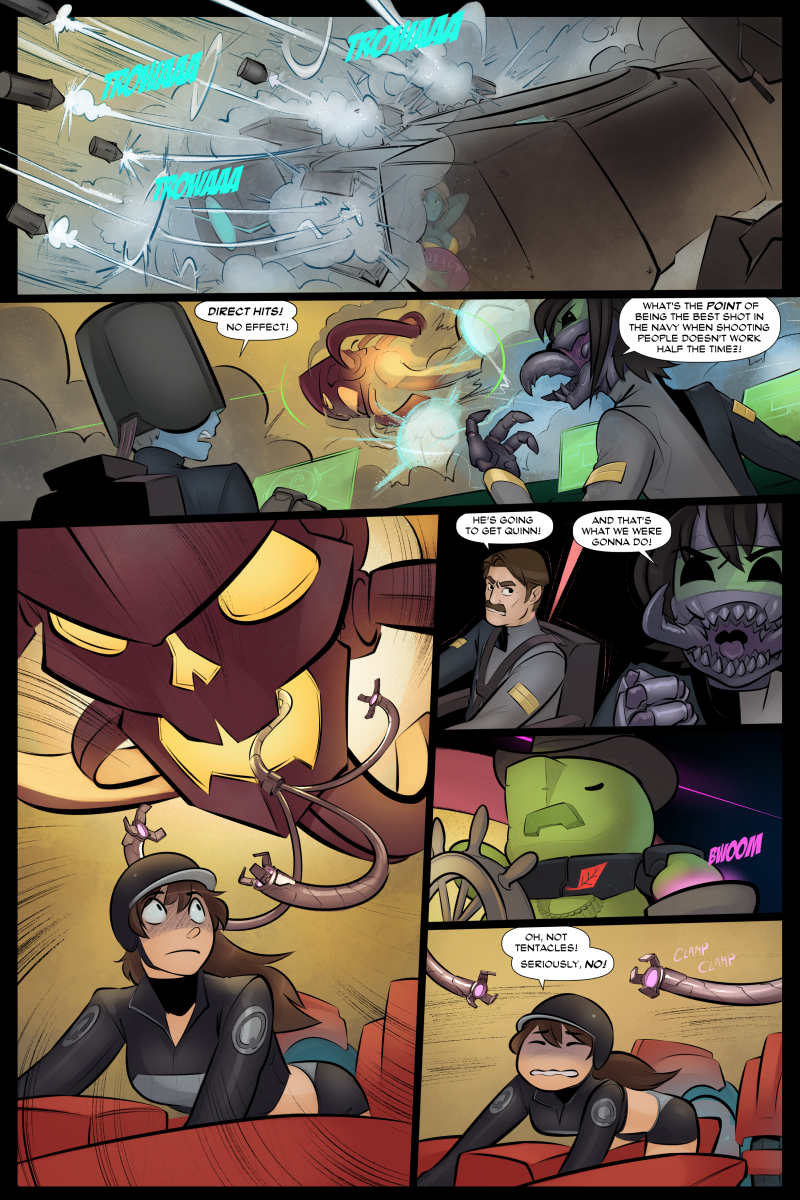 I'm in Florida and exhausted from doing stuff all day, so I don't have much to say. The Carousel of Progress song is my jam.

By the way, we're expecting some people will show up this week from our buddies at Blaster Nation (who we brag about knowing all the time) where a guest page by us is gonna go up. Please, if you're one of those new readers, feel free to be mad at me for writing a page where I imply that there's stuff wrong with the new Star Wars movie... but keep in mind, I thought it was pretty good! I'll talk more about it next time, maybe... and about Wizarding World of Harry Potter, which I have now fully toured. I got a Time Turner keychain and everything.

Man, I feel like I've been out of it this week. This page took a lot longer than I had expected it would and you can note just how late we are with posting. Anyway, by the time we update again, I'll have finished up a guest comic for a certain couple of friends of ours! I'll update this newspost when that goes up later next week!