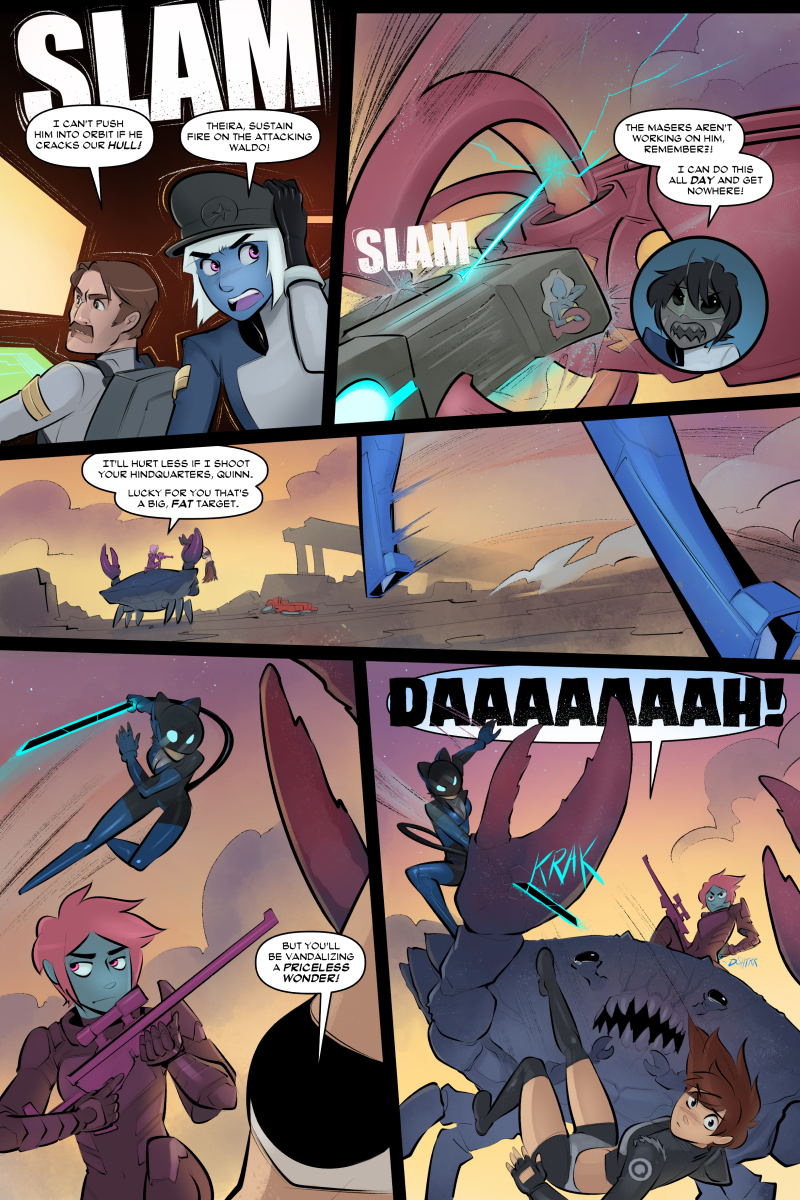 Waldo! It's a thing. Check Wikipedia if you like.

Ooo, I think Clawlossus is the first character to get seriously injured on-panel? I mean, Vanaa can just scoop themselves back together from even severe dismemberment. Well, he won't be the last.

This week I'm gonna recommend a cartoon I initially stopped watching after the first episode, Star vs. the Forces of Evil, about a fightin' magical girl who sets stuff on fire and so on. The second half of the premiere just kinda didn't do anything for me, but carrying on, its first season delivered on its premise in some ways I didn't expect from a Disney TV show. So, yeah, glad it's renewed.

Don't kid yourself, Peia. We all know the real Priceless Wonder here. (spoiler: It's Clawlossus.)