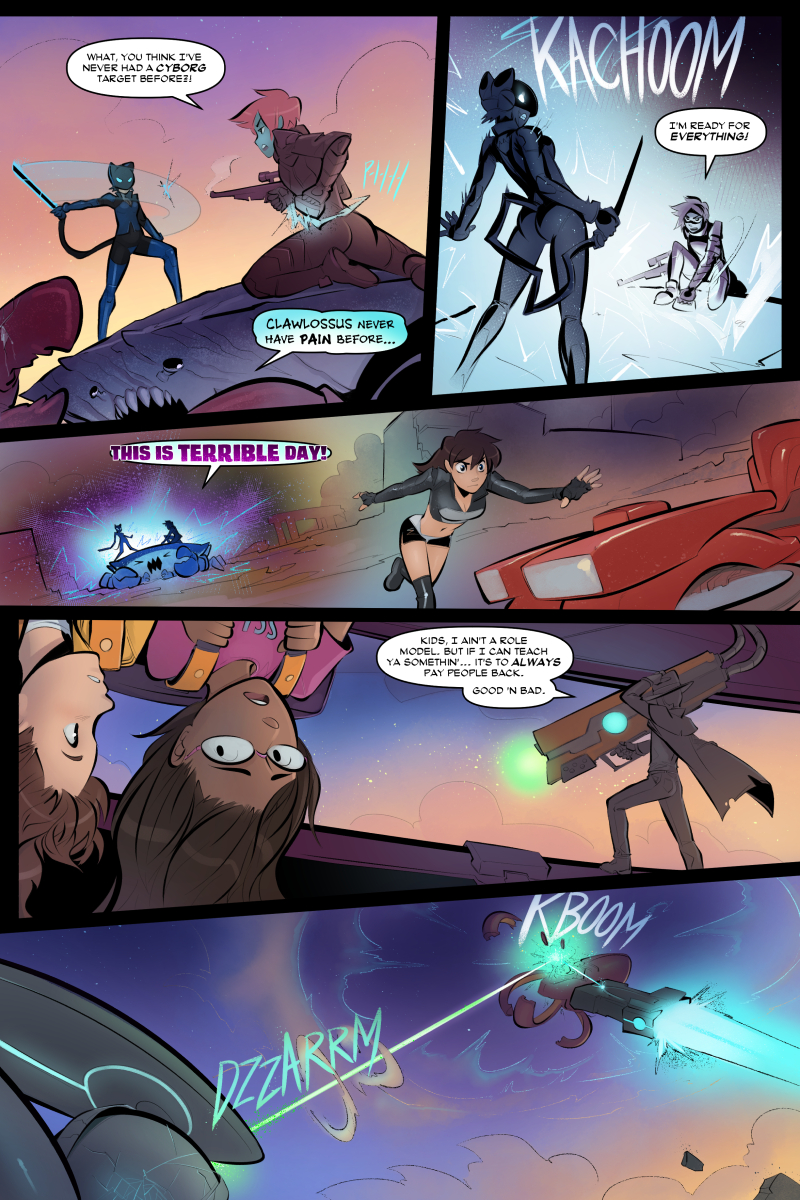 Hey, it's those stasis-electricity-gauntlet-dealies from Mercy's first appearance!

My associate is shy and not going to tell you this, but you should look in the back of the issue of Monstress that came out this week for some cool Psu-made fanart. Fun!

I don't really know what to do with my social media accounts. Sometimes I feel like it'd be good just to be a hermit again for a while. But that's not really viable. I have you guys to talk to! And a patreon to support! And people need to know my opinions on junk!

Anyway, this is the first page I've finished ahead of time in long time, though that's only because I've set up for once a week. That isn't something I like doing! But hell, the page is alright. And it gives me time to do some other things that need doing. Like taxes...