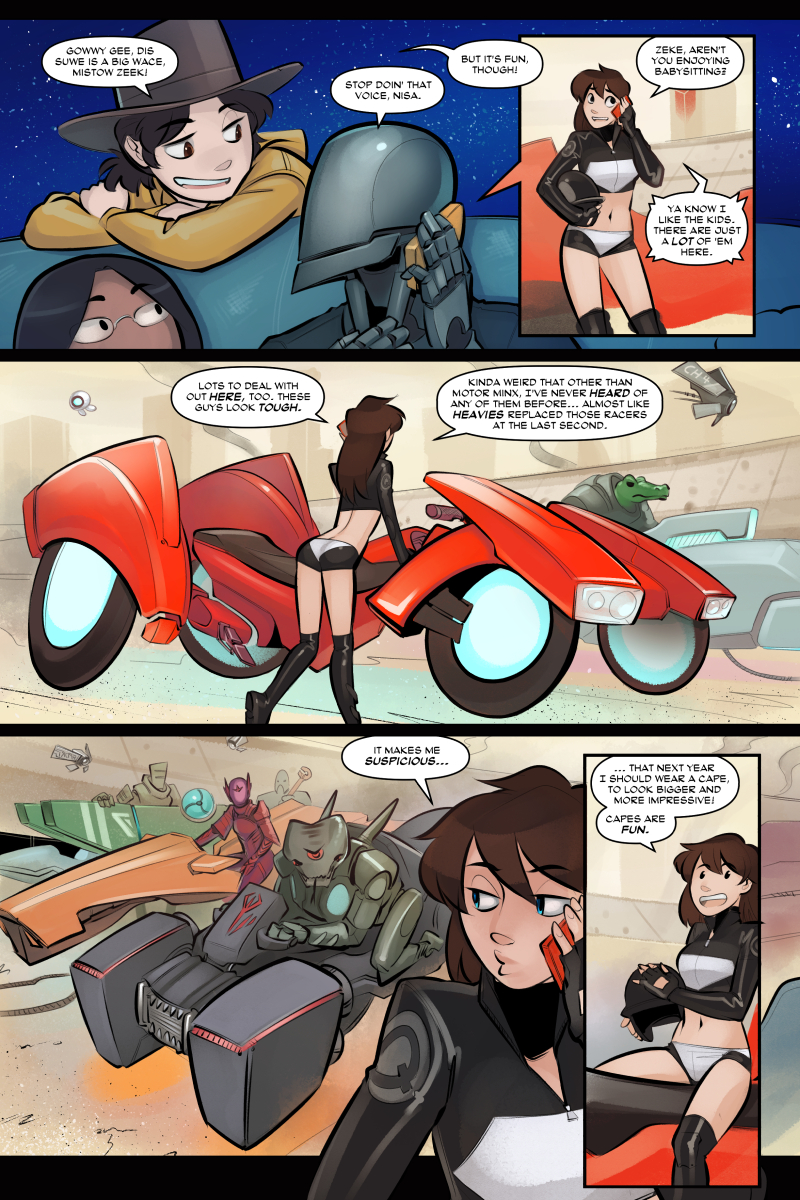 You know, Cassiopeia plays up her natural goofiness to put up a harmless front that disarms people. But sometimes I think she's also a big ol' noodlehead. Still, capes ARE fun...

Uh, how to amuse you guys... oh, yeah, here's a fun thing that'll keep you busy for a few minutes. Superego has released "Stay Tuned, Vol. 1" on Soundcloud, which is a bunch of theme songs to old TV shows... that never existed. And yet, here are their themes, perfectly realized, quite funny, and often weirdly credible. You can even read descriptions of the shows that never were here. If you're like me and often watched Nickelodeon until late as a kid, until Nick at Nite came on and played shows you didn't care about, TV themes styled like these have a weird familiarity to them.

Whose bright idea was it to set a whole comic in the middle of a hover speeder race with tons of aliens and junk? Who thought that was going to be a 'great time' to draw all that and the setting and the aliens and the bikes and the wheels and everything... actually I think I fought for that as hard as anything. My drawing hand is not gonna like me after all this.