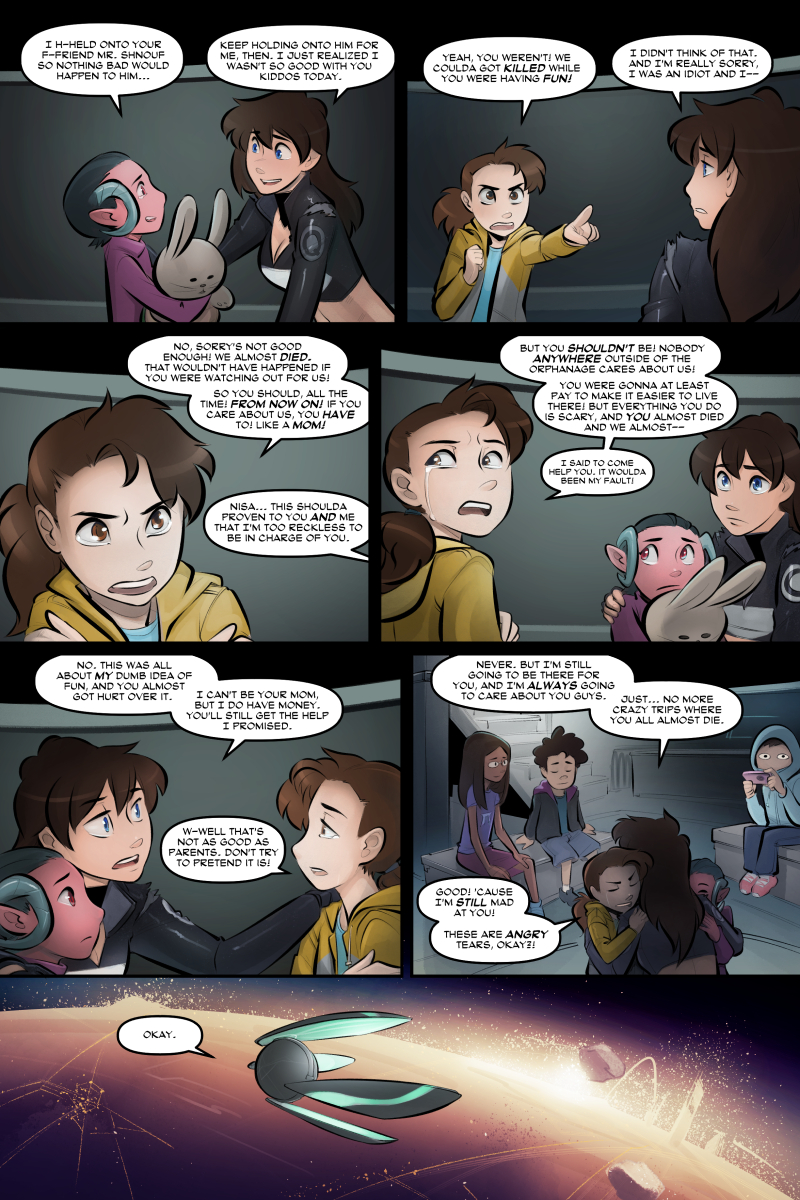 You know, as much as The Jungle Book and The Second Jungle Book are really important things from my childhood, I'm not sure we needed a live-action remake of, specifically, the Disney animated version. I'm not saying it was bad or anything, just that if you haven't seen Zootopia yet, Zootopia's a better movie. By which I mean a great movie. In fact, even if you did see it, you should probably see it again!

A couple pressing family business came up over the weekend and I'll have to spare you the details. They're personal anyway and I'll have to keep them that way. But they're not the only reason the page is late. It's been a stressful month and we fought to get this page just right between us. And it came out pretty nice. Some rough patches in the art though, I was pretty out of it drawing a couple nights.

On less pressing matters, sometime before the end of April, I'll be releasing a little sketch collection of Teenage Mutant Ninja Turtle's April O'Neil from the 1980's I did for fun with the help of a few artist friends. It's very pinuppy and rather NSFW at times, but nothing like super "adult" is how I would describe it. And I'll update this text and my tumblr and twitter of where to get it once it becomes available. It should be quite nice once finished.