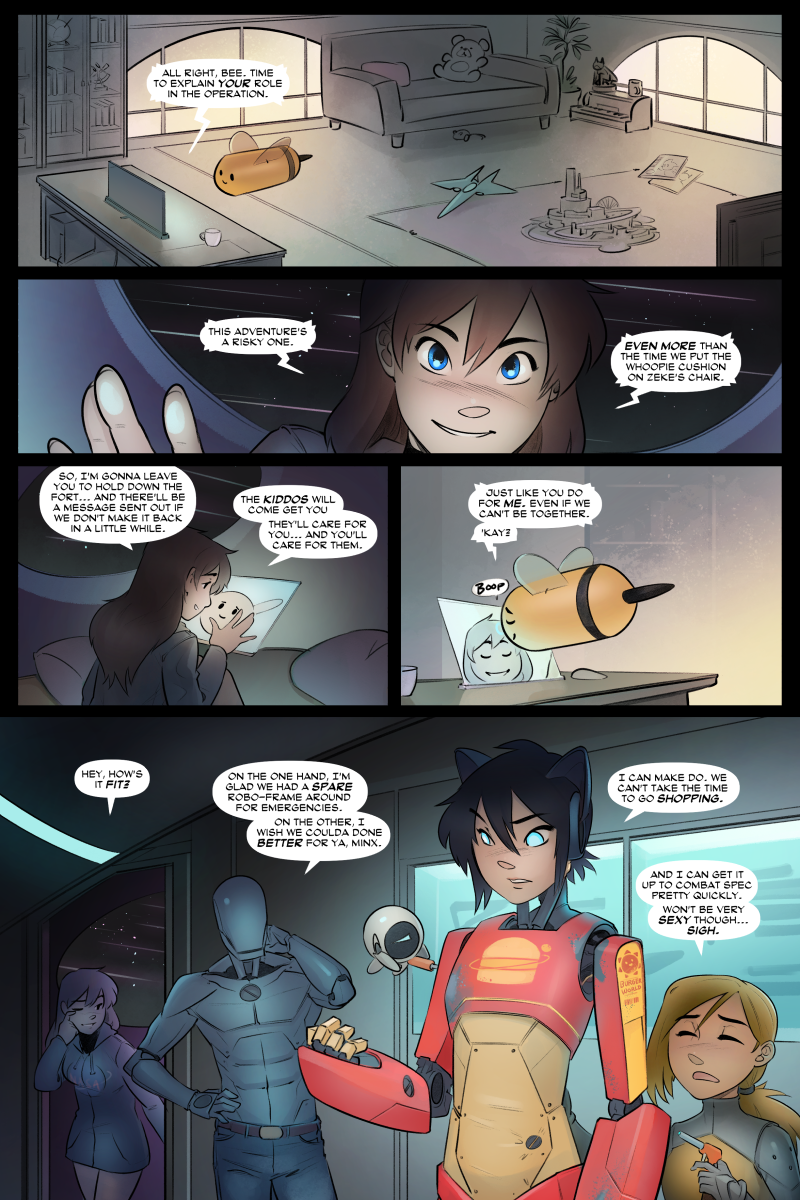 Hold the Buns
Posted December 28, 2017 at 04:18 am
In an effort to avoid my far too familiar comment this month, "I'm going to bed," lemme talk a little bit bout something else. Christmas is pretty cool. And of course it's not all about the gifts. It's about yadda yadda joy of family and good company and good cheer. But it's a little bit about the gifts.

This year when it comes to gifts, I've been a bit of a better family member, managing to get some nice things for most folks on my list. Previous years I could be a little stingy. But now, thanks to you guys who read our comic and support our Patreon, I could afford to give a bunch more. And buy health insurance. That was also pretty important this year too.

But while I'm mentioning it. Thanks for giving support to Gunwild too. With that he got me some ex-Redbox copies of video games Watch Dogs 2 and Dark Souls 3, and used volumes of Bakuman! (I think he sees a little bit of ourselves in that latter one. but I would say Obata is way too incredible of an inker to be compared to.)
- Psu