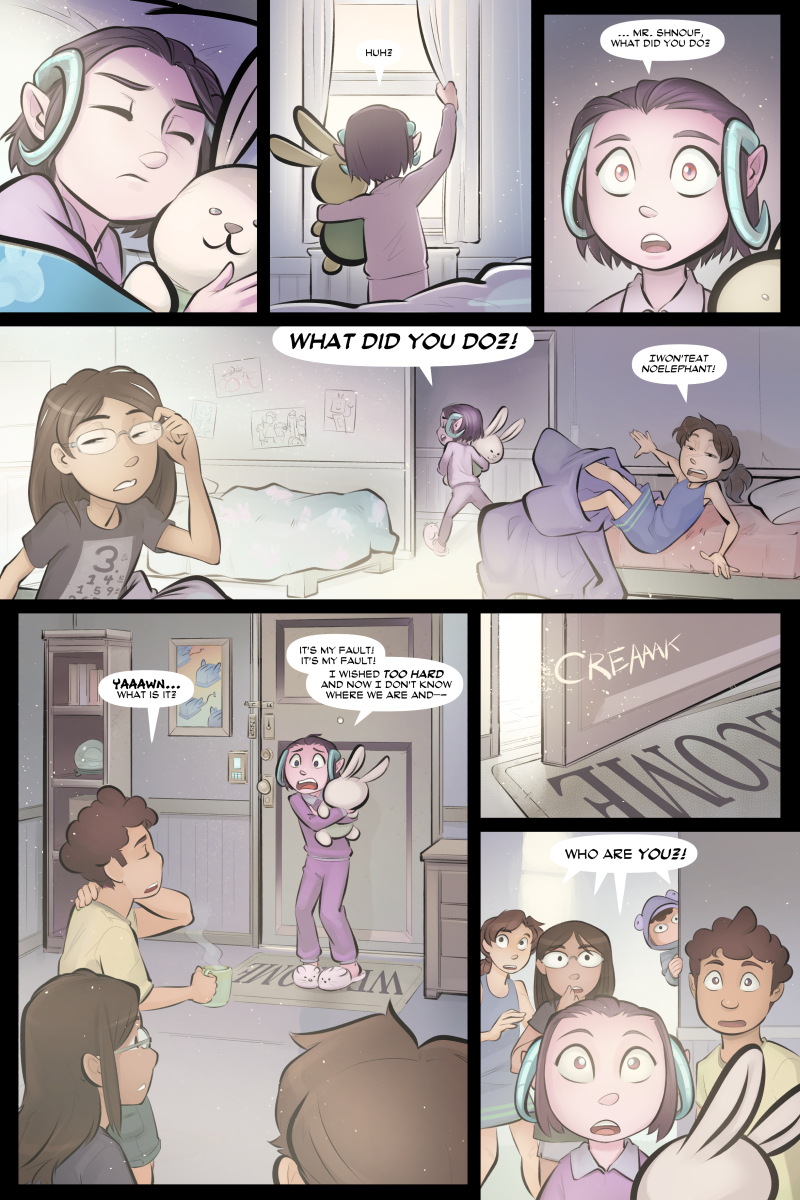 Who do you think is behind the door, patient readers? I'm kinda interested in knowing... so here's a poll featuring the first guesses I've heard! Will your guess prove right?! Well, I dunno. I don't know what your guess is if you didn't do the poll yet, do I?

(Oh yeah, and I'd like to assure everybody that despite the political stuff you might notice on my Twitter this week, Cassiopeia Quinn will not be indulging in any election satire. Mostly because I'm not funny. Also because this comic's here to entertain, not make a buncha important social statements. Uh, except maybe the statement that owning a spaceship might be cool.)

So hey, linking Miss Melee last update (our guest page for them should be up in the coming week) apparently gave them a cool little traffic boost. I appreciate that you guys took an interest, I hope you enjoyed it, 'cause I do! Hm, what should I do with this newfound power? I already recommended Everblue, right? What about Now I Can't Lose? Like I've said before, webcomics are kinda punk rock, and we've gotta plug each other, because it's not like anyone else is gonna do it.

I don't really have a lot of news about my old cat that I should share, but she's been on my mind a lot and we've been really worried.