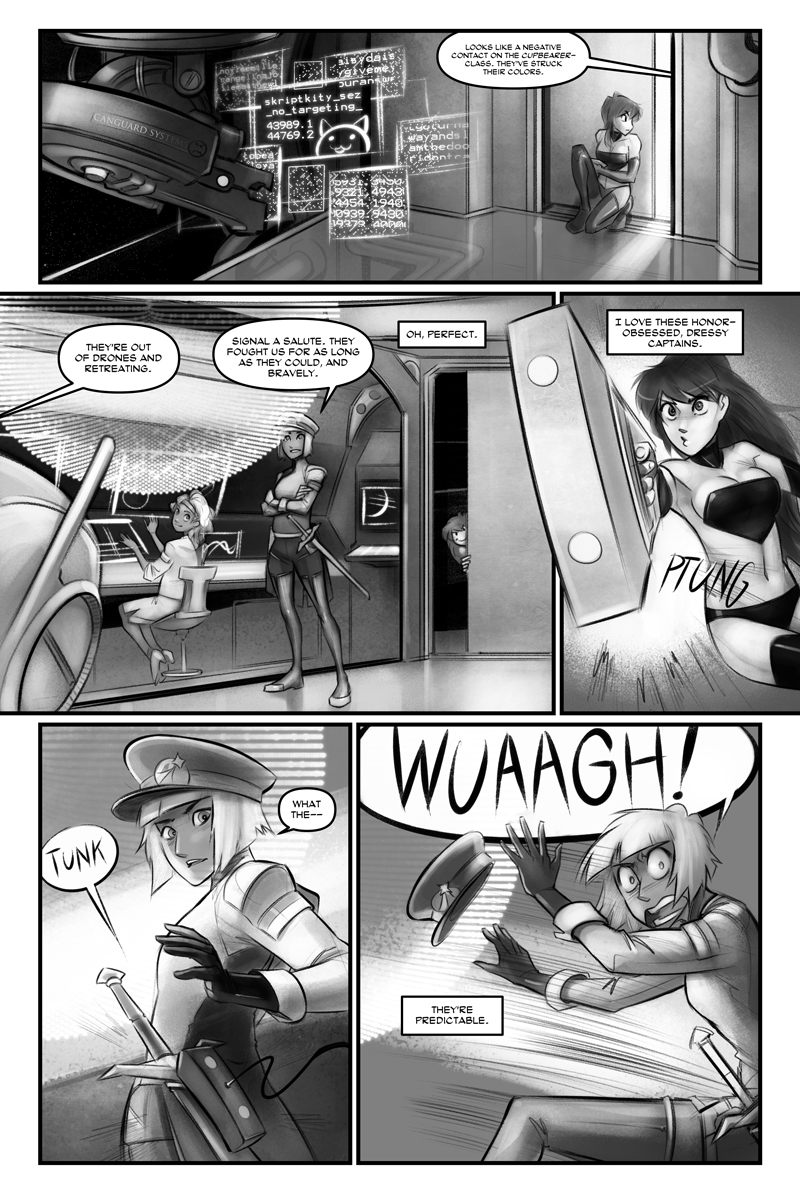 So this page (aside from featuring what I modestly tender as a pretty clever use of a magnetic harpoon gun) actually has the premiere of an important character on it in the first panel. Sneakily. For that reason, we're gonna update the cast section of the website this week. Make sure to come back and check in on it!

Speaking of sci-fi stuff, how about that Star Wars Rebels show? I won't say the first two episodes blew me away, but it already appeals to me more than Clone Wars did after its opening movie. The lack of baby Hutt fart jokes was an instant bonus. So maybe it's not for me (I'm sure I'm not the target audience), but I'll keep watching in the hopes that Greg Weisman can show-run it into something great. If nothing else I'd be fine recommending it to a kid who always wants more Star Wars. After all, I once was one myself.

When Gun first handed me the script, I remember getting super attached to these side characters we come across. Like he'd put in lots of little cute notes in the first pass that kinda gave the sense there was a character worth exploring here and then we fleshed them out. It was a lot of fun, and I suspect that's what you get when you start treating ancillary characters as folks with hopes and dreams too.