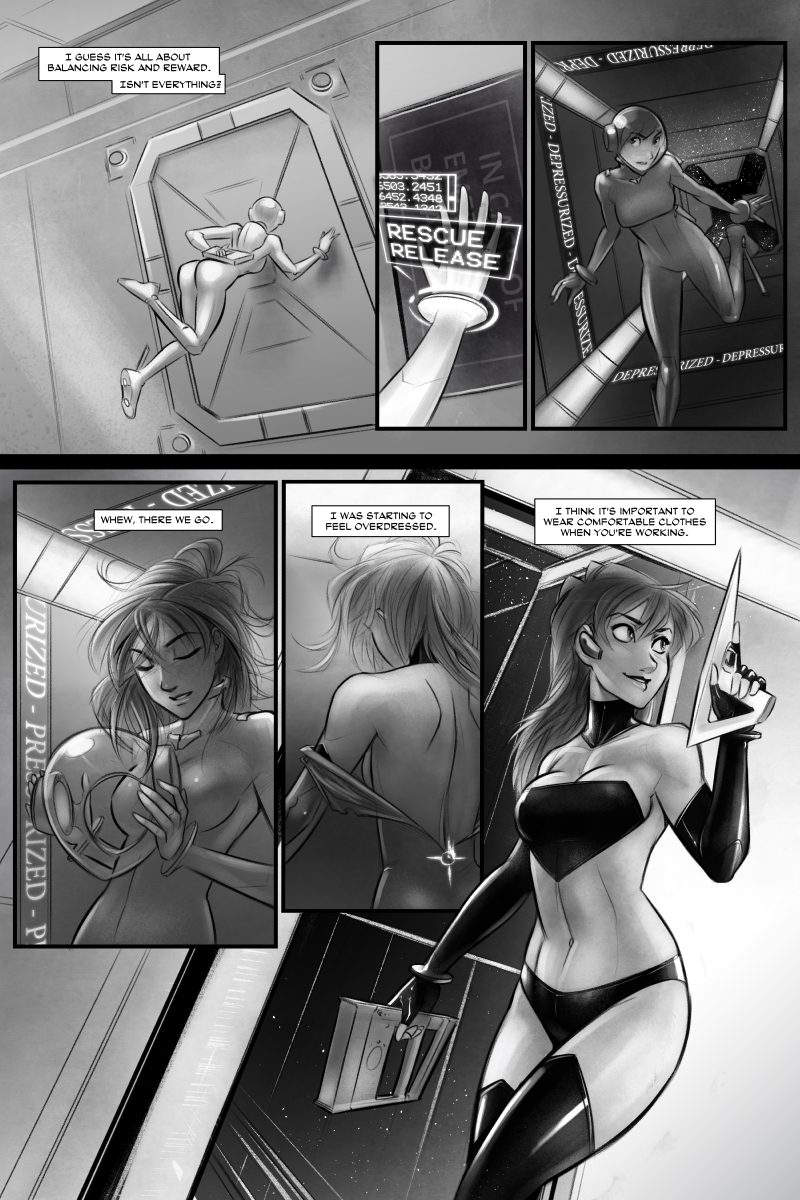 I'm not going to puff us up by pretending we're striking a blow for female body agency here, with Cassiopeia being in control of her own sexuality, and stuff. It's more that a fun comic can have sexy people in it and be all the more appealing for it, or so I think. Nothing more, nothing less.

Speaking of, go check out the bonus gallery for new sexy fanart, and an actual physical sculpture! How lucky are we?

Completely unrelated to the comic (although it seems like webcomic newsposts are supposed to be unrelated, since all my favorite ones are), everyone's telling me how great Shadow of Mordor is. I'm sorely tempted to buy it despite that being nowhere in the budget. I'm informed that it's an excellent evolution of the Assassin's Creed and Batman: Arkham formulas. Then again, if it's a game where you can sneak up on someone and give them a gift of pretty flowers, don't you think it's clearly more inspired by Sneak King?

I'm not a hundred percent sure how consistent I'll be with some of these design motifs. To be honest, many were developed right there on the page. But I do like the notion that the military here uses a more elegant serif'd font for their displays.

P.S., having near energy field electronic superscience can help dressing and undressing significantly