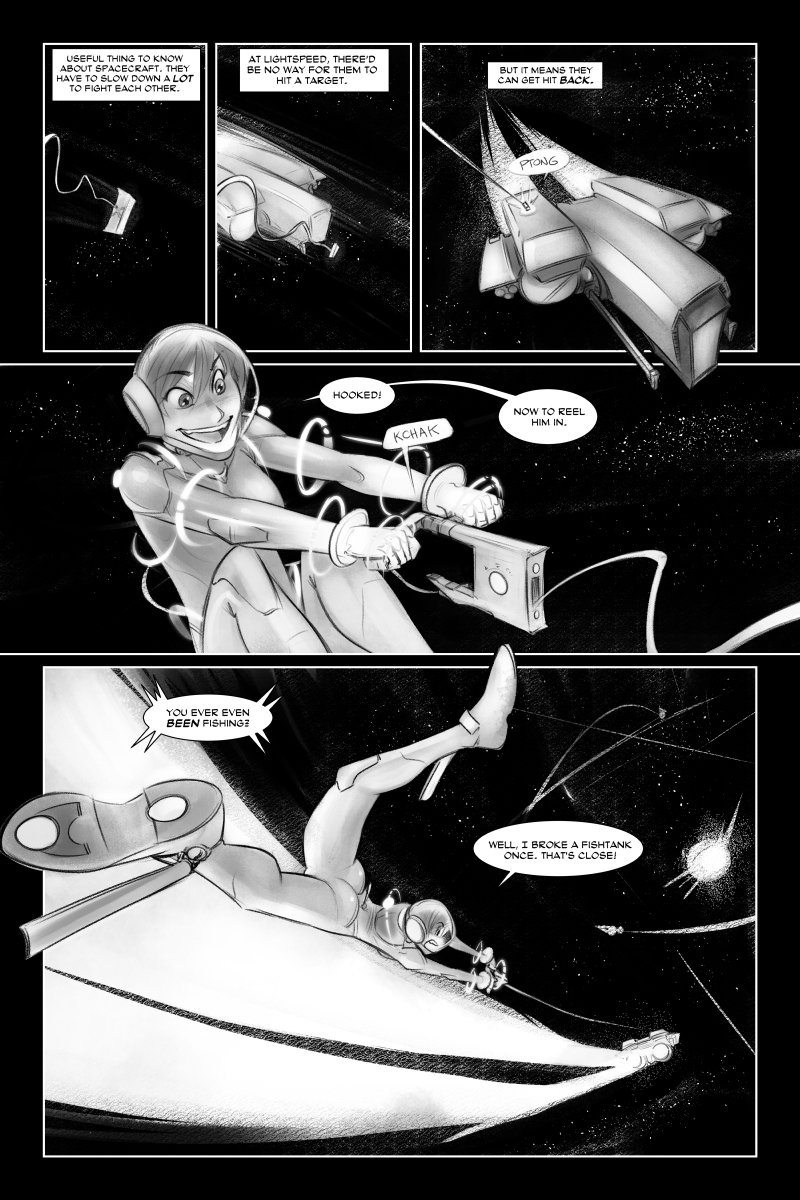 Our first addition to the cast page is up. We'll have ever so much fun filling it up with far too many characters to keep track of! But the still better news this update is that the comic is now at 800 pixels instead of 700 pixels. Go back and check the other pages if you like, they look even better than they did before, especially on mobile. That's thanks to our tech maven Erin! Uh, again.

There's something to understand about this page that doesn't get precisely explained in-universe for a while. Those rings that sometimes show up around Cassiopeia are part of a personal shield system, one which also allows for fairly good inertial dampening. I was wondering why we didn't get any angry emails asking how she could survive being struck by debris in space. Droppin' the ball here, (fellow) nerds!

Things in the offing this week (besides Cassiopeia taking a ride on a moving spacecraft) include adding a Hiveworks logo so it'll be even easier to jump back to the cool comics collective from here, and of course adding more fanart from friends to the bonus gallery before the next update. Come on back soon, willya? Things are moving in a hurry and we don't want anyone left behind!