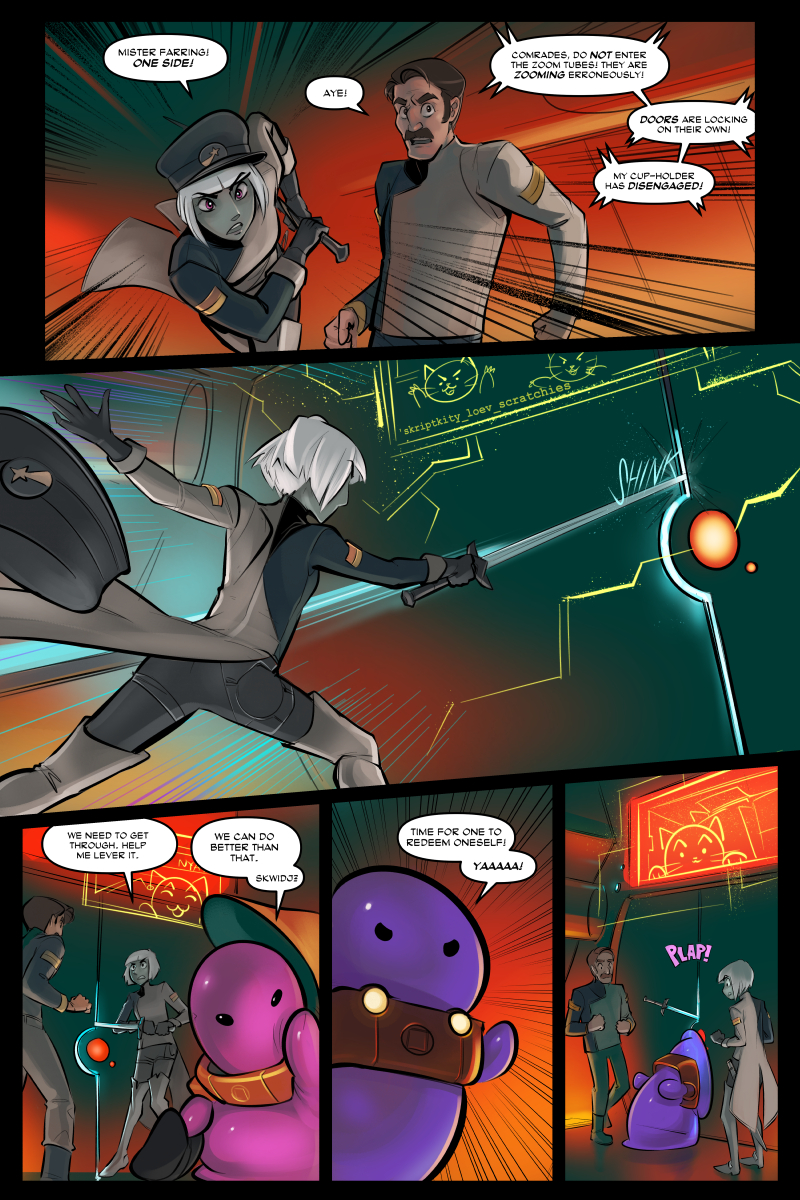 Giving all the Vanaa different ways of referring to themselves because they don't instinctively 'get' pronouns is kinda fun, but writing Script Kitty's little reactions to things is even better.

Skwidj's headbutt is a little less graceful than Maddy's use of a sword to block the door, but you'll see what's going on in just a page. He's not as dumb as the comedy beats might make him appear!

So after some strange amount of delay, the new roommates and I had a small collective gasp of near panic after seeing the monthly electric bill for the first time. It was... sizably larger than we expected at 480 us dollars. Not that we couldn't pay for this time but if it was to be a monthly thing well that was gonna be something quite scary. Thankfully after just a bit of digging, turns out the vast majority of that number is a deposit and the actual bill was closer in line to what we were expecting.

This does sorta bring home the idea though, that it's good to have savings for unexpected expenses. This time of year gets pricey enough, and stability as a freelance commission artist on a Patreon with another job that's kinda on the decline, we don't need these extra heart attacks!

And then there's taxes! Wheeeeeeee.